Clark Shaughnessy gained his greatest fame as a long-time assistant coach for George Halas and the Chicago Bears. Highly regarded as one of the greatest football minds he devised multiple schemes on offense and defense but most notably adapted the T-formation to revolve around the quarterback that led Chicago to great success.

In the early ‘60s, he spent countless hours figuring how to combat the San Francisco 49ers’ bewildering shotgun formation. His efforts paid off as the Bears shut down the 49ers attack by comprising a defense that worked to perfection.

A long-time college coach, he also spent two seasons as the head coach of the Los Angeles Rams and compiled a 14-8-3 record.

A collection of his play sheets are housed in the Hall of Fame’s archives. 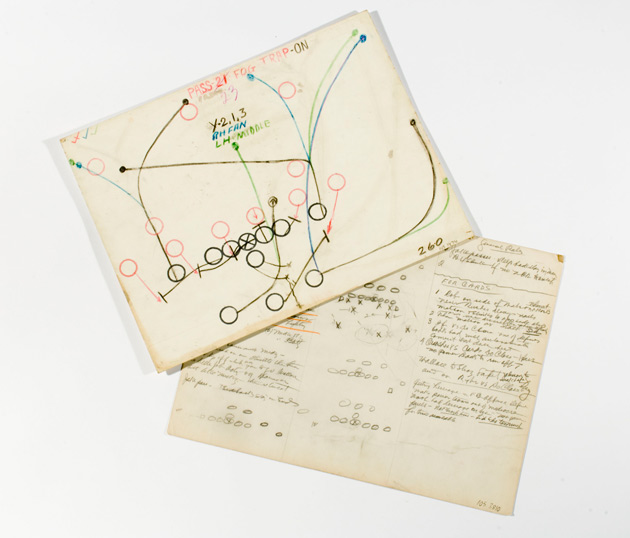 Why do you Love Football? Amateur Photo Contest

Submit your youth football photos for a chance to win a trip to Super Bowl XLV inNorth Texas AND the 2011 Pro Football Hall of Fame Enshrinement Festival in Canton.