An Akron, Ohio man who worked for the Brunswick Company (that makes bowling balls) pitched this invention to the Cleveland Browns legendary coach Paul Brown in the 1950s. The machine was supposed to heat up footballs to keep them warm and dry during games played in inclement weather. Apparently the story is that Brown tried the machine but it didn’t work as hoped and actually ruined the leather balls. That explains why it and another prototype are stored in the archives of the Pro Football Hall of Fame rather than utilized on NFL sidelines. 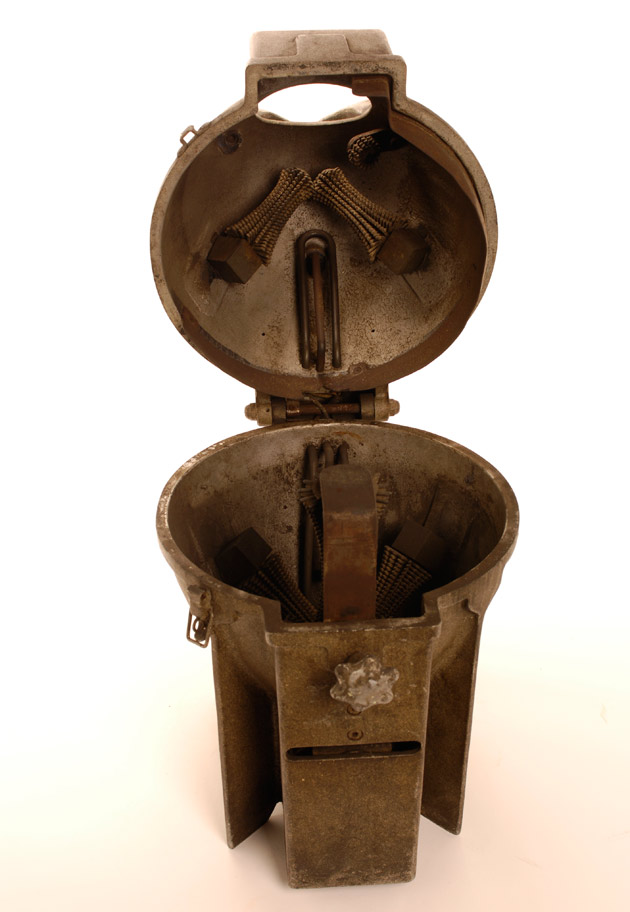 Jeff Garcia and Andre' Davis hooked up on a 99-yard TD pass play for the Browns in 2004.

This is the helmet worn by Hall of Fame tackle Gary Zimmerman during the NFL's 75th Anniversary Season in 1994.