HOF's "out of this world" Super Bowl artifact

Former astronaut Leland Melvin has the internet "howling" over his official NASA portrait that went viral. Melvin snuck his two dogs in the NASA studio while posing for the camera. Before he was an astronaut, Melvin was aspiring to be a professional football player.

“@AdamAton: This is an official portrait for astronaut Leland Melvin. I'm in awe. pic.twitter.com/GzqvXryAMH”Thx for the Twitter love Adam. ??

Melvin was drafted by the Detroit Lions in 1986. An injury kept him from making the final cut. He later tried out for the Dallas Cowboys but was unable to land on the roster.

A few years back in 2010 the NASA crew from Flight STS-129, which Melvin was a part of, visited the Pro Football Hall of Fame. They donated artifacts to the Hall's archives that were flown aboard their space flight. 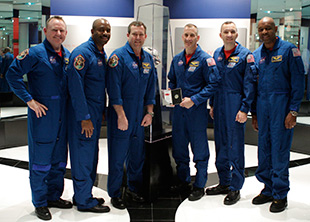 Among the items the astronauts took with them on their mission was the coin used for the pre-game coin toss for Super Bowl XLIV and Melvin’s Lions and Cowboys jerseys. 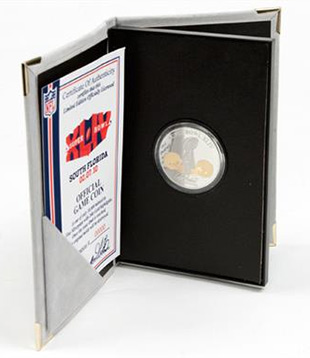 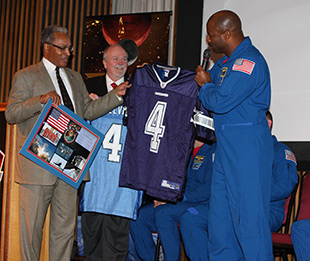 Although Melvin never played a regular season game in the National Football League, the values he learned from the Game helped him reach great “heights” in his career at NASA.

The Hall of Fame’s Selection Committee will select the Class of 2015. The possibilities are nearly endless.