The Dolphins joined the AFL in 1966 and quickly became one of pro football's winningest teams.  In 1972, the team posted the NFL's only perfect season with a 17-0 record topped by a victory in Super Bowl VII.  The Dolphins have been perennial playoff contenders since the AFL-NFL merger in 1970. 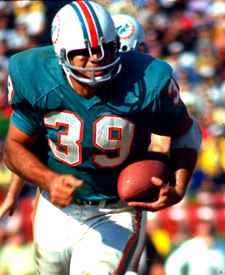