The franchise has enjoyed winning ways and innovative personalities for much of the time since it joined the NFL as the Boston Braves in 1932.  The team won the NFL title in 1937, its first season in Washington, and then added a second world championship in 1942.  Since the AFL-NFL merger, the Redskins have added many playoff appearances and three Super Bowl championships to its rich history and tradition.

For a complete in-depth look at the significant contributors to the franchise's great history which has included five world championships, visit the team website history section. 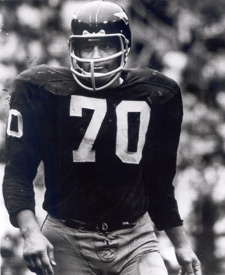 More on the Redskins Ring of Honor>>>