FOOTBALL AND AMERICA: The Korean War

Pro football prospered in post-World War II America. The wartime player shortage disappeared and instead was replaced by a glut of available talent to fill NFL rosters. As a result, a new league, the All-America Football Conference was formed in direct competition with the established NFL. 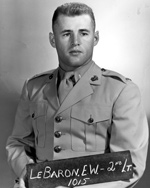 For four seasons, 1946 through 1949, the two pro leagues waged a costly battle for players and fan support. Then on December 8, 1949, the two leagues agreed to a merger with the AAFC’s Cleveland Browns, Baltimore Colts, and San Francisco 49ers joining the senior circuit. Pro football’s costly war was over. However, a more sinister war was just about to begin.

Once again, young American men were called to duty. Scores of NFL reservists reported for duty while future pros postponed their careers to first fulfill their military obligation.