A Little About
NFL Centennial Celebration

The Pro Football Hall of Fame and the entire Canton, Ohio community will celebrate the NFL’s 100th birthday on September 17, 2020 in the city where the league was born. The celebration will include the dedication of Centennial Plaza in downtown Canton and the unveiling of pylons honoring the nearly 26,000 who competed in the NFL during the first century. The new football destination, Centennial Plaza, will be a must see for all fans traveling to Canton. This $12.3 million outdoor plaza will feature a restaurant, multiple stages, video screens and space to host a variety of events including concerts, tailgates and viewing parties. 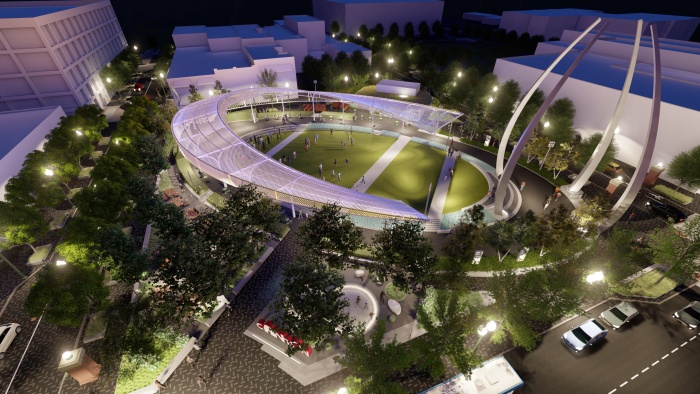