Pro football fans in Green Bay, Wisconsin have always been recognized as a loyal and hearty bunch. But one wouldn’t have faulted even the most loyal "Packer Backer" if he’d decided not to attend the 1967 NFL Championship game between the Packers and Dallas Cowboys. Played at Lambeau Field on December 31, the temperature at game time registered a frigid 13 degrees below zero. Nonetheless, more than 50,000 parka-clad fans braved the elements that New Year’s Eve and watched in awe as the Packers claimed their third consecutive NFL title, with a 21-17 victory.

From the start, Green Bay fans felt their team had a distinct advantage over the warm-weather Cowboys, After all, the Packers lived and practiced in the cold Wisconsin climate. Green Bay’s early 14-0 lead probably convinced fans that they were right. However, the severe weather affected the Packers too. Dallas scored a touchdown and a field goal after two Packer fumbles and added a second touchdown in the fourth quarter. Suddenly, with 4:50 left in the game the Packers were behind, 17-14. 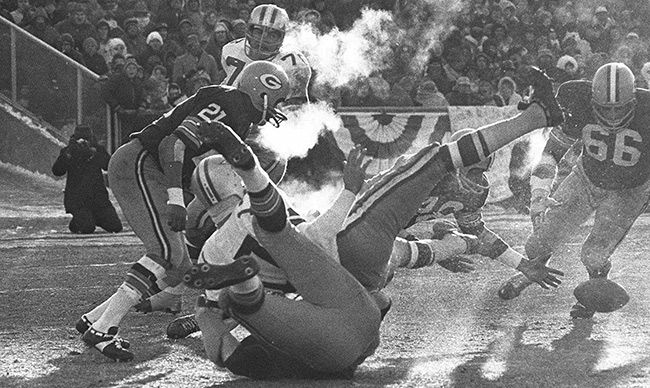 The Packers literally and figuratively "kept their cool." Behind the leadership of future Hall of Fame quarterback Bart Starr, they marched down field. With sixteen seconds remaining and the temperature down to eighteen below zero, the Packers found themselves about two feet away from victory. Starr called time out. The field was like a sheet of ice. The two previous running plays had gone nowhere. With no time outs left, a running play seemed totally out of the question. A completed pass surely would win it. Even an incomplete pass would at least stop the clock so the Packers could set up a field goal to tie the game and send it into overtime. After consulting with Packers coach Vince Lombardi, Starr returned to the huddle. 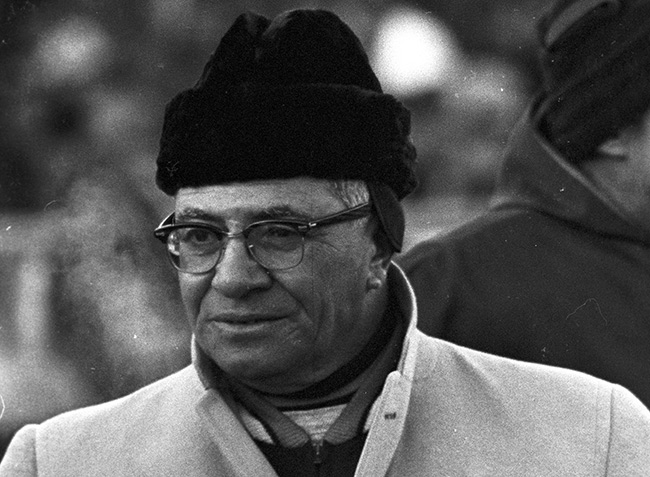 Starr took the snap from center Ken Bowman. Bowman and guard Jerry Kramer combined to take out Dallas tackle Jethro Pugh. With Pugh out of the way, Starr surprised everyone and dove over for the score. "We had run out of ideas," Starr said of the play. However, Lombardi put it another way, "We gambled and we won."