The following 25 individuals were selected as semifinalists for the Pro Football Hall of Fame’s Class of 2009. The group was trimmed from a list of 133 preliminary nominees announced in October. From here, the Hall of Fame’s Board of Selectors will reduce this list to 15 finalists who will join the two senior nominees – Bob Hayes and Claude Humprhey – for consideration during the annual selection meeting in Tampa, Florida on January 31, 2009.

Here are some career highlights on the 25 semifinalists. 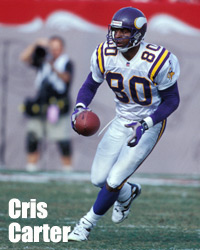 Named first-team All-Pro six straight seasons, 1993-98, and selected to seven Pro Bowls. A member of the NFL’s All-Decade Team of the 1990s.

The MVP of Super Bowl XX, he was named to four Pro Bowls. He recorded 137.5 career sacks that included 10 or more sacks in five straight seasons, 1984-88. 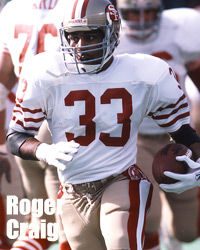 An eight-time Pro Bowler, he recorded 151 career sacks and eight interceptions. He was named to the NFL’s All-Decade Team of the 1990s as a defensive end.

A five-time Pro Bowler, he played on division championship teams with each of the four teams he played for during his NFL career. Recorded 160 career sacks.

Named All-Pro four times and selected to the NFL’s All-Decade Team of the 1980s, he played in five conference championship games and four Super Bowls.

The first punter ever drafted in the first round, he averaged 40 yards per punt in all but one season. Named All-Pro six times and selected to seven Pro Bowls. 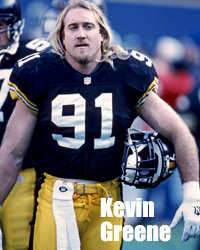 He played on 10 divisional and five Super Bowl championship teams during his 12 NFL seasons. A five-time Pro Bowler, he recorded 100.5 career sacks.

A five-time Pro Bowler who played on two Super Bowl championship teams, he picked off 39 passes for 572 yards and 4 TDs. He led the NFL in 1980 with a career-high 13 interceptions.

A member of the NFL’s All-Decade Team of the 1990s, he was voted to eight Pro Bowls. Also named first- or second-team All-Pro five times.

A six-time Pro Bowl selection, he was named All-Pro twice and All-AFC three times including when he earned all-conference honors at guard and tackle in the same season (1978). 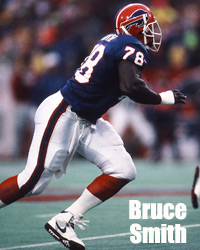 Won two NFL championships as the owner of the Cleveland Browns and Baltimore Ravens. He also negotiated lucrative TV deals for the NFL from 1962-1993.

A seven-time Pro Bowler, he was selected first-team All-Pro six straight times. Also, named to the NFL’s All-Decade Team of the 1990s.

Once held the record for catches, yards and TDs by a tight end with 815 receptions for 10,060 yards and 62 TDs. Named All-Pro four times and elected to eight Pro Bowls. 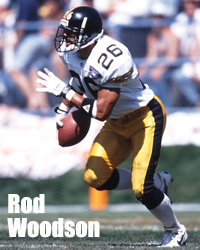 Served as NFL commissioner for 17 years. He presided over expansion from 28 to 32 teams, long-term labor agreement and the largest TV deals in history.

A nine-time Pro Bowl selection, he had more sacks in the 1990s than any other player. In all, he recorded 126.5 career sacks including an NFL record seven in one game.