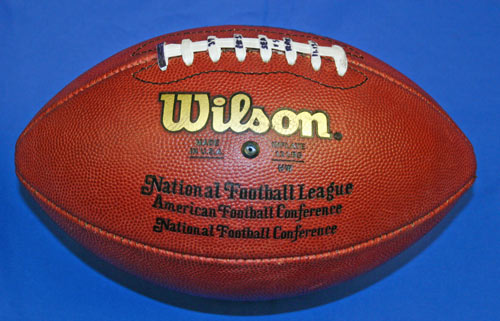 A piece of NFL history arrived at the Hall of Fame and has been placed on display in the museum’s Pro Football Today exhibition area. The football that Seattle Seahawks running back Shaun Alexander carried for his first of three touchdowns in the Seahawks’ 31-16 win over the St. Louis Rams on November 13, 2005 was donated to the Hall by the team.

With that score, his 15th touchdown of the year, Alexander became the first player in NFL history to score 15 touchdowns in five consecutive seasons.

PHOTO GALLERY:  Recent Acquisitions - several items from the 2005 NFL season have been added to the Hall of Fame's collection

The Hall's Class of 2006 preliminary nominees list has been trimmed to 25 modern era semifinalists by the Hall of Fame's Board of Selectors.

Steve Young received his Hall of Fame ring at Monster Park on Sunday. Many of the 49ers Hall of Famers returned for the ceremony.