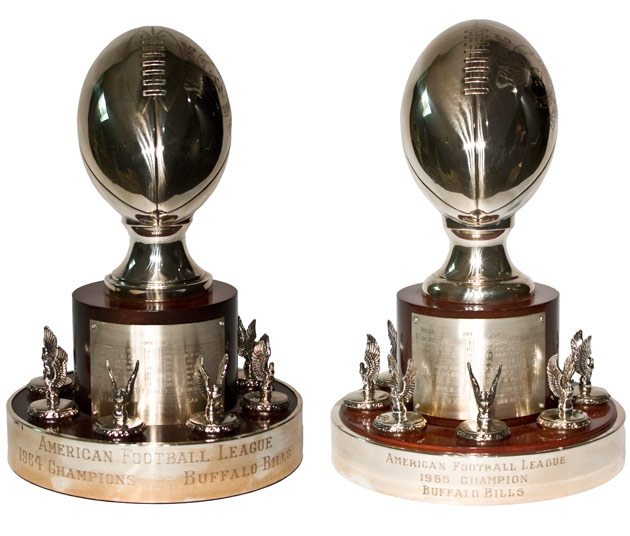 Founded by Class of 2009 enshrinee Ralph Wilson, Jr. in 1960, the Buffalo Bills were a dominant force in the American Football League. These two championship trophies were won by the club suring the 1964 and 1965 seasons. They were brought to the Hall of Fame by Bills staff members at the request of Ralph Wilson, Jr. and have been placed in a special exhibit focusing on the Bills and Tennessee Titans. The two teams will face each other to kick off the NFL season in Canton, Ohio on Sunday, August 9th.
Previous Article