In 2005 rookie running back Carnell “Cadillac” Williams of the Tampa Bay Buccaneers became the first player in National Football League history to start a career with three consecutive 100-yard rushing performances. In addition, his 434 yards on the ground in those three games surpassed Alan Ameche’s record of 410 set in 1955 as a member of the Baltimore Colts.

Below are the shoes and gloves worn by Williams when he set the new league mark. 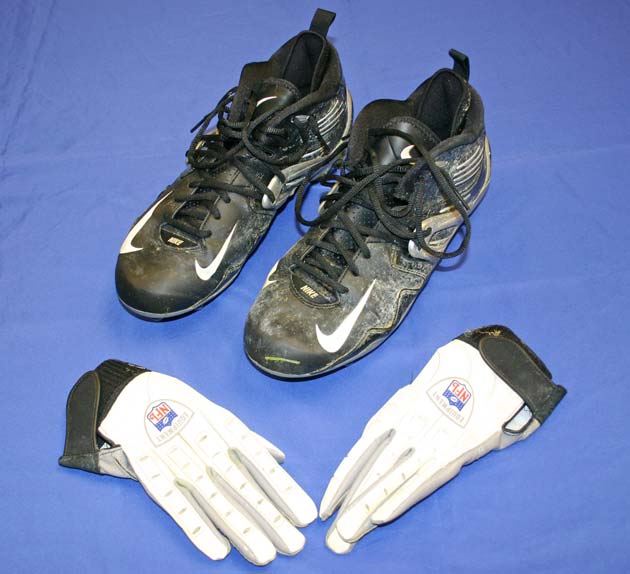 This card was handed to a league official from a Patriots representative to announce the drafting of quarterback Tom Brady out of the University of Michigan.