Hall of Famer Charley Trippi earned this trophy for his efforts in the 1945 College All-Star game in which he was named the Most Valuable Player.

Trippi later signed with the Chicago Cardinals and helped lead the team to victory over the Philadelphia Eagles in the 1947 NFL Championship Game.

Following a stellar nine-season career in the NFL, Trippi was elected to the Pro Football Hall of Fame in 1968. 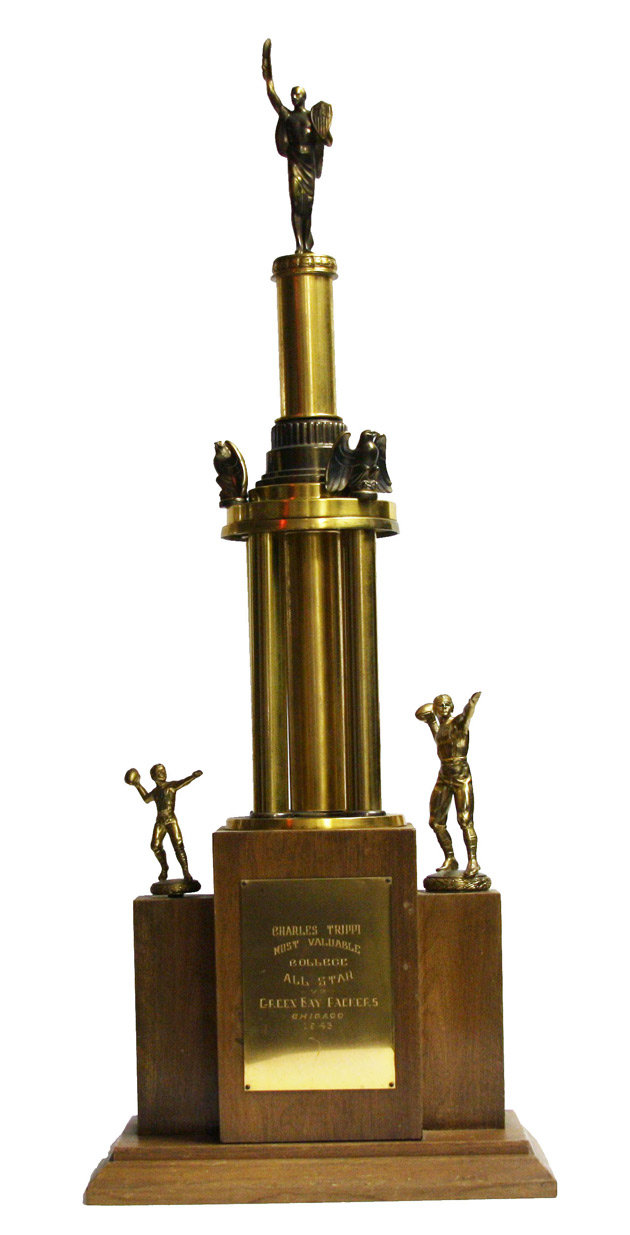 Detroit Lions RB Barry Sanders wore this jersey on December 21, 1997 when he joined O.J. Simpson and Eric Dickerson as the only players in NFL history to rush for more than 2,000 yards in a season.