Veteran running back LaDainian Tomlinson reached a major milestone in the New York Jets game against the Green Bay Packers on Oct. 31, 2010. He gained 54 yards rushing and added an additional 37 yards on five catches in the game to join Hall of Famer Walter Payton as the only players in NFL history with 13,000 career rushing yards and 4,000 receiving yards.

This is his jersey that he wore in the game. 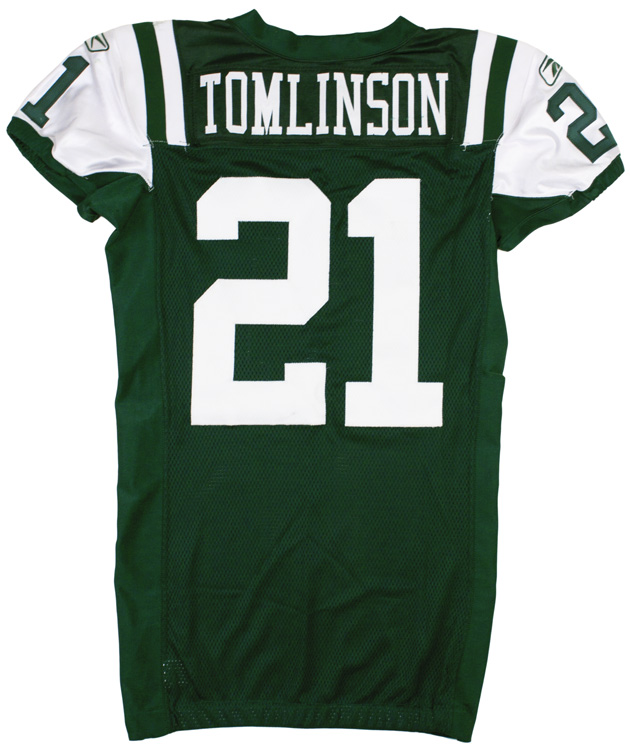 Brett Favre threw for a career-high 446 yards on Sunday. He is one of 109 QBs to pass for 400 yards in a game of which only 15 of them have a bronze bust in Canton.

Two mementos from the Hall of Fame defensive end Andy Robustelli arrived at the Pro Football of Fame on Friday morning.