These are the pants worn in the 1940s by Chicago Bears Hall of Fame quarterback Sid Luckman. Regarded as the first great “T-formation” QB in NFL history, Luckman guided the Bears to a stunning 73-0 win over the Washington Redskins in the 1940 NFL Championship.

His performance in that game led a rush by NFL teams who converted to the T-formation during the decade. 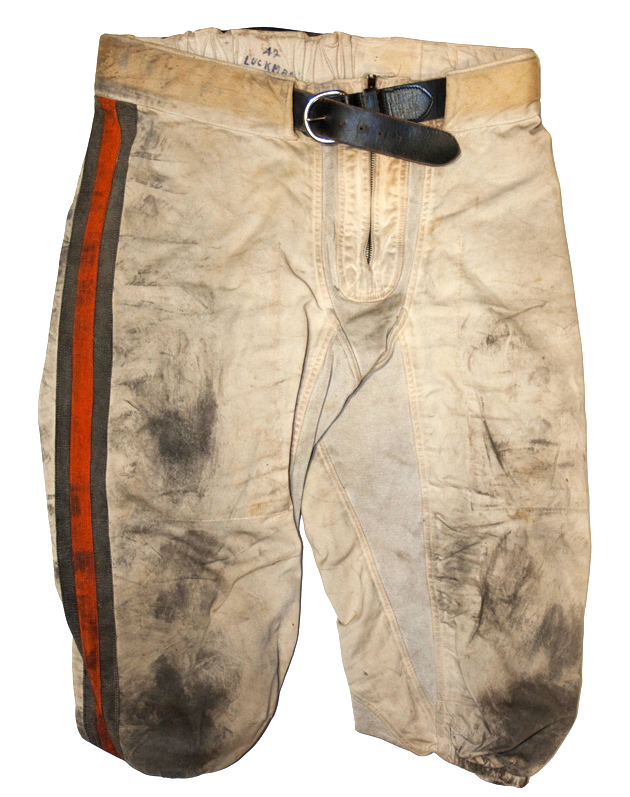 It’s hard to imagine that we’re already into Week 14 of the 2010 NFL Season. So, as we prepare for the action around the league this weekend, here’s a look at 14 points about the No. 14 as it relates to the NFL.

Behind the Bronze: Alan Page