Hall Info Published on : 4/27/2011
Former Colts halfback Tom Matte poses for a photo with the wristband he made famous.

When injuries struck down the Baltimore Colts' top two quarterbacks, Johnny Unitas and Gary Cuozzo, during the 1965 season, Matte stepped into fill the void. Matte jotted the team's plays on a small card inserted into his wristband.

A one-time collegiate QB at Ohio State, he had seen no action at that position as a pro.  He took over the assignment for the final seven plays of the Green Bay game and worked the entire game against the L.A. Rams.  Matte almost led the Colts to a playoff victory over the Packers and won the "Most Valuable Player" honors in the Playoff Bowl.

Matte was in Canton on Tuesday afternoon for a business call. 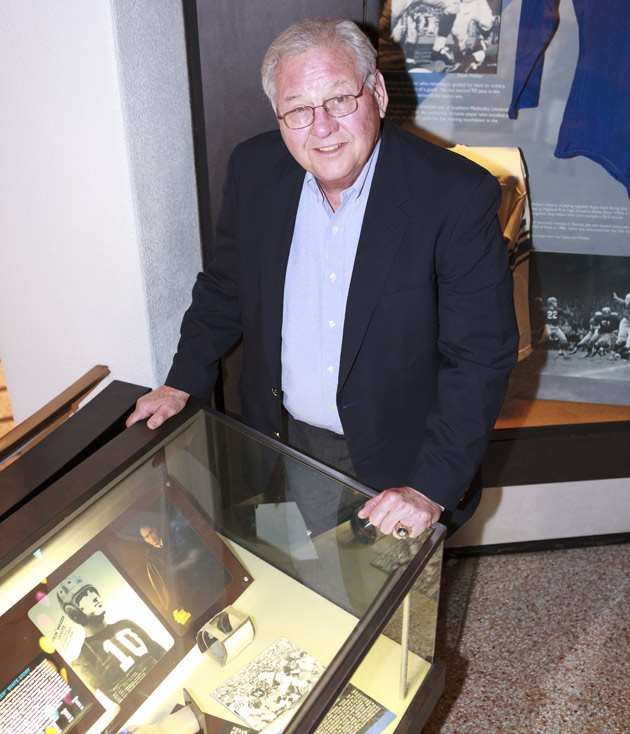 No. 1. Carolina Panthers. The Panthers owned the 1st overall pick in 1995. But, they opted to stockpile draft picks and traded down to take QB Kerry Collins.

No. 3. Buffalo Bills. The Bills have owned the first overall pick five times. Twice, they drafted future Hall of Famers.