Safety Mark Kelso played eight seasons with the Buffalo Bills from 1986-1993. He wore this helmet toward the end of his career. The extra shell on top was created to offer better protection for his head. He autographed the helmet and gave it to his teammate and Hall of Fame quarterback Jim Kelly. Years later, Kelly donated the helmet along with numerous other pieces of memorabilia to the Hall of Fame. 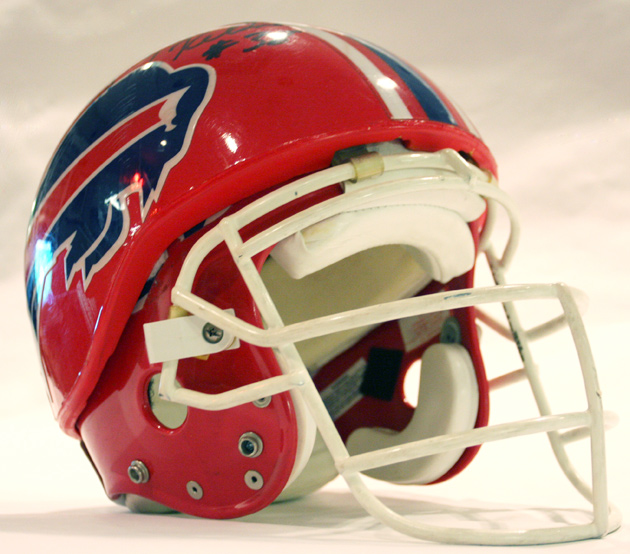