The New York Giants posted a 9-7 regular season record and then rolled through the playoffs. The season was capped with a thrilling 21-17 victory over the New England Patriots in Super Bowl XLVI. It marked the fourth Super Bowl title for the Giants.

To commemorate the win, the National Football League recently donated memorabilia from the game to the Hall of Fame. These items include ticket stubs, shirts, a patch and a football signed by the entire Giants team. 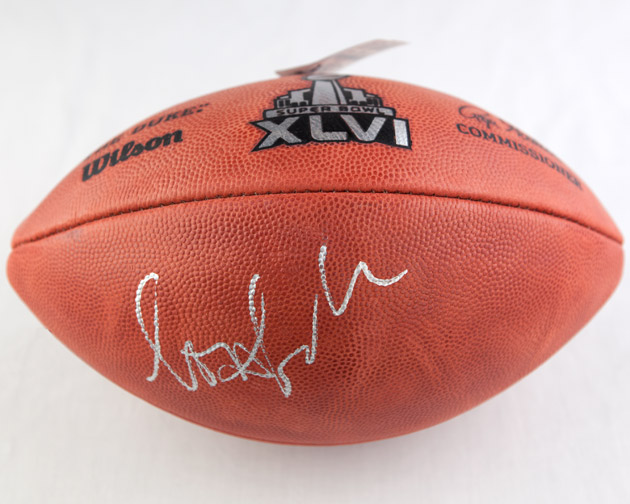 Ten-year-old Alex Duff of York, Pa. had a memorable first visit to the Pro Football Hall of Fame when he became the Hall of Fame’s 9 millionth visitor.