Seattle Seahawks quarterback Russell Wilson enjoyed a magical rookie season. His offensive exploits helped the Seahawks clinch a playoff berth in 2012. One of his great performances came in Week 15 during a win over the Buffalo Bills in Toronto.

Wilson guided the Seahawks to a dominating 50-17 victory over Buffalo that included a historic first half for the first-year passer. The win came on the heels of a 58-0 drubbing of the Arizona Cardinals just one week earlier. Seattle became the first team since 1950 to score 50 points in back-to-back weeks.

History was made during the Seahawks win over the Bills on Dec. 16, 2012 when Wilson became the first player in NFL history to record three rushing touchdowns and throw a touchdown pass in the first half of a game. His running scores came from distances of 14, 25, and 13 yards and his touchdown pass was a four-yarder to tight end Zach Miller. His final numbers on the day including a passer rating of 104.4 (14 of 23 for 205 yards, 1 TD) and 9 carries for 92 yards.

The uniform worn by Wilson in Week 15 was donated to the Pro Football Hall of Fame last month. This week, the team sent his shoes from the game. All of the mementos were placed on exhibit this morning. 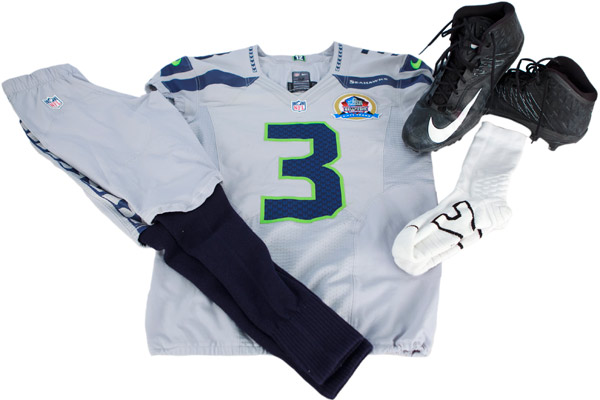 Wilson’s artifacts were placed on exhibit in The Pro Football Today Gallery. 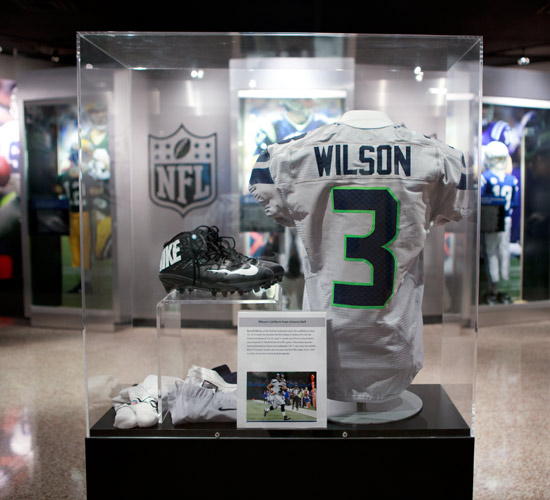 Last summer, Wilson visited the Hall of Fame as part of the NFL’s Rookie Symposium. Staff told the first-year players during the tour that if they made history during their rookie season, the Hall would come calling. 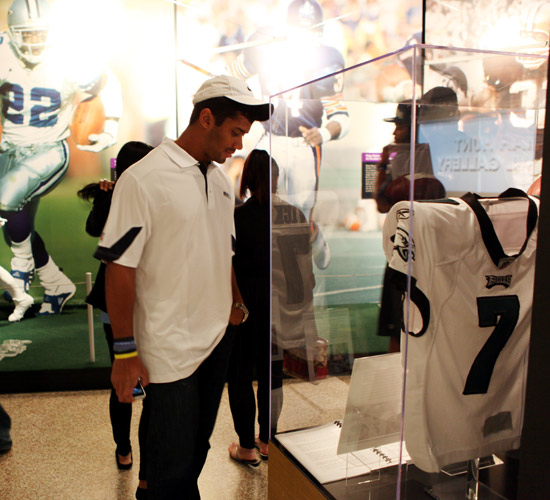 A record 11 different quarterbacks threw for 4,000 yards during the 2012 season.

Snapshot: 50 Years of the Pro Football Hall of Fame