Indianapolis Colts quarterback Andrew Luck established several rookie passing records in 2012 as he led his team to an impressive 11-5 record and playoff berth. The team finished 2-14 a year ago and then used the first overall pick in the 2012 NFL Draft on the standout quarterback out of Stanford.

He threw for more yards as a rookie than any other quarterback in NFL history. The ball from his final series of the regular season, a 28-16 win over division rival Houston Texans, arrived at the Hall of Fame on Thursday afternoon.

Luck broke the single-season rookie passing mark, set by Cam Newton in 2011, in Week 16 and then added an additional 191 yards to his record in the season finale victory on Dec. 30, 2012. The football was used during the Colts’ last offensive series that included Luck making his final completion of the season, a 6-yard pass to wide receiver Reggie Wayne for a first down at the two-minute warning. The Colts ran out the clock from there to seal the win.

Luck finished his first season with 4,374 yards and 23 touchdowns. The football added to the Hall of Fame’s collection will join the first-year passer’s jersey from Week 9. Luck set the single-game rookie record with 433 yards passing against the Miami Dolphins that week. It marked one of a rookie record six games in which he eclipsed the 300-yard mark during the 2012 season. 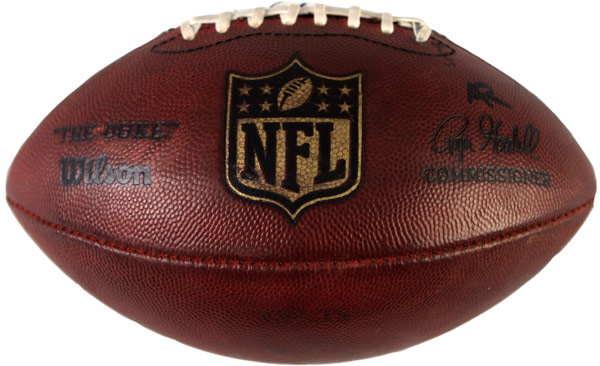