Fact or Fiction? Jim Marshall had the only wrong-way run in NFL history 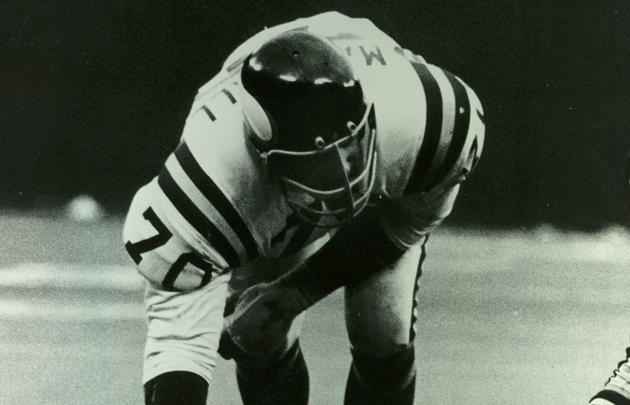 NFL Films made the gaffe by Minnesota Vikings defensive end Jim Marshall famous. A prominent player on the Vikings’ “Purple People Eaters,” Marshall played 20 seasons in the NFL and is regarded as one of the finer defensive linemen of his era.

However, it was an infamous play from a game against the San Francisco 49ers on Oct. 25, 1964 that brought him arguably his biggest fame. He alertly snagged a loose ball that was fumbled by San Francisco’s Billy Kilmer.

Marshall ran unencumbered to the end zone. Unfortunately, he had become disoriented and ran to the wrong end zone. So, rather than six points for the Vikings, he scored a safety for the 49ers.

"My first inkling that something was wrong was when a 49er player gave me a hug in the end zone," stated Marshall after the game.

But, a study of football history proves that Marshall wasn’t the first player ever to run the wrong way! There have been others.

One such example came in a game on Oct. 16, 1938, the Washington Redskins Andy Farkas gave the Detroit Lions an early 2-0 lead when he fielded a kickoff and ran the opposite direction into his own end zone and failed to escape.

Fortunate for Farkas, he redeemed himself about five minutes into the second half of the contest. He made a beautiful catch at the seven-yard-line and followed up with three straight carries, the last of which he smashed over the goal line for the Redskins only touchdown of the day. It was all they would need as Washington walked away with a 7-5 victory.

A Salute to Veterans

The Pro Football Hall of Fame, in observance of Veterans Day, will host the annual Salute to Veterans, Celebrating Our Nation’s Heroes on Saturday, Nov. 9.

Fact or Fiction? Jim Marshall had the only wrong-way run in NFL history.