Fact or Fiction? The longest game in NFL history occurred on Christmas 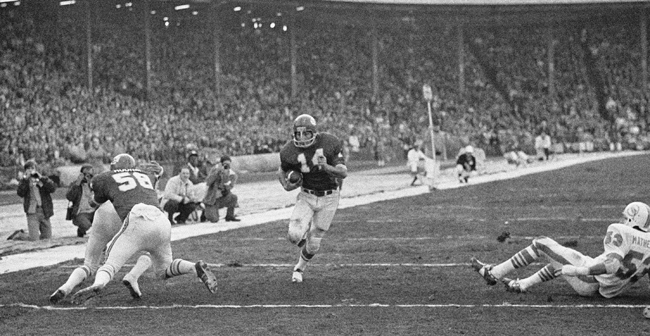 One of the all-time classics in National Football League history came on Christmas Day 1971 in Kansas City when the Chiefs hosted the Miami Dolphins at Metropolitan Stadium in the AFC Divisional Playoff.

The game kicked off at 3:05 p.m. Central time under comfortable conditions with temperatures in the low 60s. Little did the 50,374 fans on hand know that they would not exit the stadium until midway through a second overtime period while serving as witness to history.

The marathon game, which featured missed game-winning kicks in the first overtime, finally ended when the Dolphins’ kicker Garo Yepremian booted the ball through the uprights midway through the sixth quarter to give Miami a 27-24 win. The postseason matchup with 22 minutes, 40 seconds of sudden death play remains the longest game ever played in NFL history.

Despite the fact that 13 Hall of Famers were involved in the historical outing, the star of the day was Chiefs running back Ed Podolak. He recorded one of the most spectacular playoff performances in league annals when he racked up 350 total yards. The versatile player rushed for 85 yards, added 110 on receptions, 153 yards on kickoff returns and added two yards on punt returns. The yardage total still stands as the single-game playoff record.

Here are a few more details on the game>>>

For the record, on the opposite end of the scale, the fastest overtime game in NFL history came in the 2011 AFC Wild Card Game when the Denver Broncos scored just 11 seconds in the sudden death to defeat the Pittsburgh Steelers. The history-making moment came on an 80-yard touchdown pass from Tim Tebow to Demaryius Thomas. Check out the mementos the Hall of Fame received from the play.

Fact or Fiction? The longest game in NFL history occurred on Christmas