Hall Info Published on : 11/11/2014
The Pro Football Hall of Fame Board of Trustees recently approved in concept a master plan to develop the current campus into a “Hall of Fame Village.”

At the center of the plan is the renovation of Pro Football Hall of Fame Field, the stadium adjacent to the Hall. Work on the stadium is expected to begin next fall.

The Hall of Fame will now proceed with securing partners to create a village that may include a world-class hotel and conference center, an Academy of Excellence that would service the corporate world, a Center of Athletic Performance & Safety, youth football fields, retail, thematic restaurants, and mixed use residence for Hall of Famers and NFL Legends. The multi-phased project is also master planned to include other entertainment opportunities for fan engagement such as an interactive Fan Experience.

“The concept of Hall of Fame Village aligns with the Hall’s vision for the future,” stated Hall of Fame President David Baker. “The commitment by the Board of Trustees provides the staff the opportunity to begin the next steps recommended in recently completed feasibility studies.” 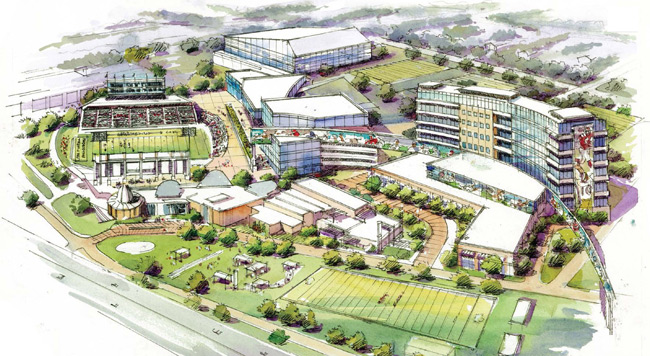 Many active players rank among the career leaders in main statistical categories. See the lists that are updated throughout the 2014 NFL season.

Ben Roethlisberger set an NFL record for most touchdown passes in consecutive games.