To meet Paul Warfield, visit the Pro Football Hall of Fame on August 22 from 11am-1pm. Click here for more details. 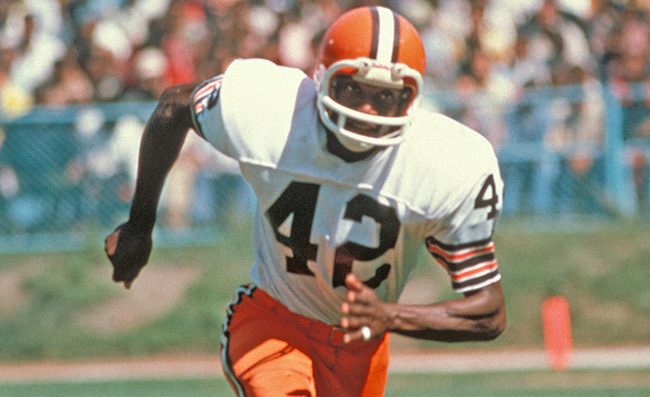 Paul Warfield is recognized as one of the premier wide receivers ever to have played in the National Football League. While his career totals for numbers of catches may not seem in line with those accumulated by other great receivers -- as any student of the game understands -- the truth isn’t always in the numbers.

A first-round draft pick of the Cleveland Browns in 1964 out of Ohio State University, Warfield played in Cleveland six seasons before going to the Miami Dolphins in a blockbuster trade in 1970. He returned to Cleveland in 1976 after five seasons with the Dolphins and one season with the Memphis Grizzlies of the failed World Football League.

Even though he played on ball-control teams through most of his career, he managed to haul in 427 passes for 8,565 yards and 85 touchdowns. His 20.1 yards-per-catch mark ranks among the best in the history of the game. And he did it with a trademark smooth, graceful style that left observers and victimized defenders awestruck.

As a rookie, Warfield caught a career-high 52 passes. His outside speed was the perfect complement to the power running of Jim Brown. During his first six years with the Browns, the team played in five conference championships as well as the 1964 championship game. Because of his blazing speed, elusive moves and great leaping ability, defenses often found it necessary to double cover him.

Warfield, a six-time All-NFL choice who was elected to eight Pro Bowls, was a long ball threat who intimidated the opposition. His mere presence on the field proved to be almost as beneficial to the running game. The best example of this may have been in 1972 when the Dolphins went undefeated. That year, Miami ran the ball 613 times while passing on just 259 occasions. The Dolphins’ philosophy was to use the forward pass as a threat to make the ground game more effective. The Dolphins rushed for a then-NFL record 2,960 yards.

The former wide receiver returned to Northeast Ohio after finishing his professional football career as a player. He earned his master’s degree from Kent State in 1977 and worked as a sportscaster for WKYC in Cleveland. He also worked in the Browns front office as the Director of Player Relations and Senior Advisor to the General Manager until retirement in 2010.

Warfield has been honored numerous times throughout his life. In 1983, he reached the pinnacle of his career when he was enshrined into the Pro Football Hall of Fame.

He was also inducted into Ohio State’s Varsity O Hall of Fame, the Miami Dolphins Honor Roll and the Cleveland Browns Ring of Honor.