The 15 Modern-Era Finalists were determined by a vote of the Hall’s Selection Committee from a list of 108 nominees that earlier was reduced to 25 semifinalists, during the multi-step, year-long selection process.

The 2016 Modern-Era Finalists with their positions, years and teams:

The 15 Modern-Era Finalists join three other finalists to comprise 18 finalists under consideration for the Pro Football Hall of Fame’s Class of 2016.

Two Senior Finalists were announced in August 2015 by the Seniors Committee that reviews the qualifications of those players whose careers ended more than 25 years ago.

A Contributor Finalist announced in September was selected by the Hall of Fame’s Contributor Committee that considers persons who made outstanding contributions to professional football other than players and coaches.

To be elected, a finalist must receive a minimum positive vote of 80 percent during annual selection meeting.

To be eligible for election, modern-era players and coaches must have last played or coached more than five seasons ago. Since contributors need not be retired to be eligible, there is no specific year of eligibility for DeBartolo, Jr.

^Although in 2007 the Hall of Fame By-Laws for selection were modified to provide that a coach must be retired five seasons to be eligible, Coryell first became eligible under the old rules that did not require the five-year waiting period. Thus, Coryell has been eligible since his retirement from coaching in 1986 making him eligible for 29 years. ^^ In those cases when a player’s career ended prior to 1963 (the year the Hall of Fame opened), the year of eligibility is based on the amount of years since the Hall of Fame opened rather than the years from when the player last played.

The selectors will thoroughly discuss the careers of each finalist. Although there is no set number for any class of enshrinees, the Pro Football Hall of Fame’s current ground rules stipulate that between four and eight new members will be selected each year. No more than five Modern-Era Finalists can be elected in a given year and thus a class of six, seven, or eight can only be achieved if the Contributor Finalist and/or one or both of the Senior Finalists are elected. Representatives of the accounting firm Deloitte & Touche will tabulate all votes during the meeting.

The Pro Football Hall of Fame’s Class of 2016 will be announced during “NFL Honors,” a two-hour primetime awards special to air nationally on the eve of the Super Bowl from 9-11 p.m. (ET and PT) on CBS. “NFL Honors” will be taped earlier that evening at the Bill Graham Civic Auditorium in San Francisco from 8-10 p.m. (ET) when the 2016 Hall of Fame Class will be introduced for the first time. In addition, the NFL and The Associated Press will announce their annual accolades in this awards show with the winners on hand to accept their awards. 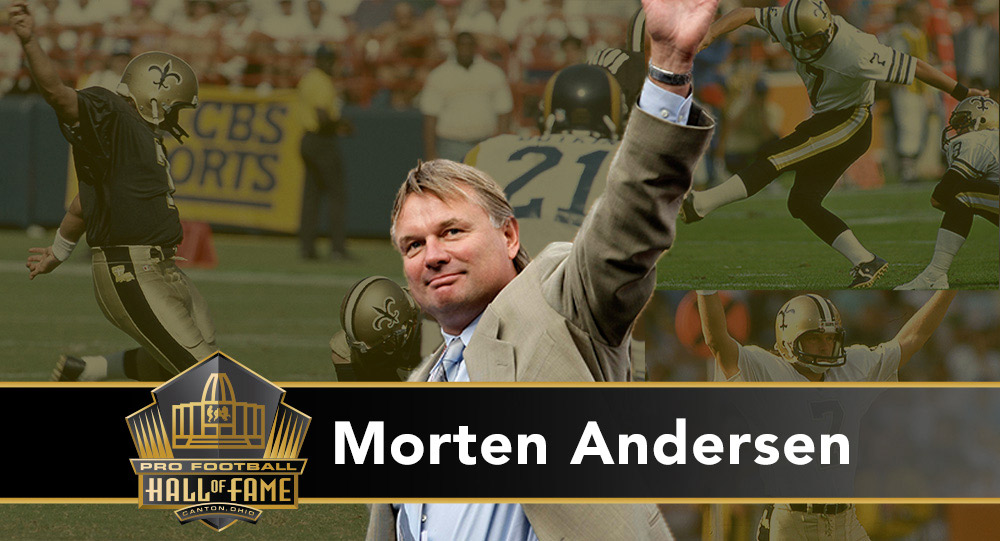 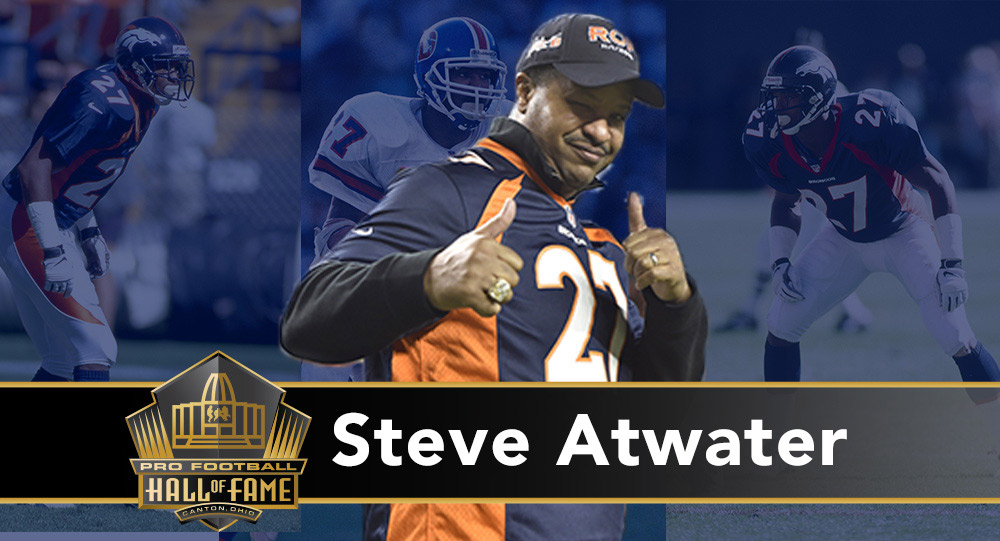 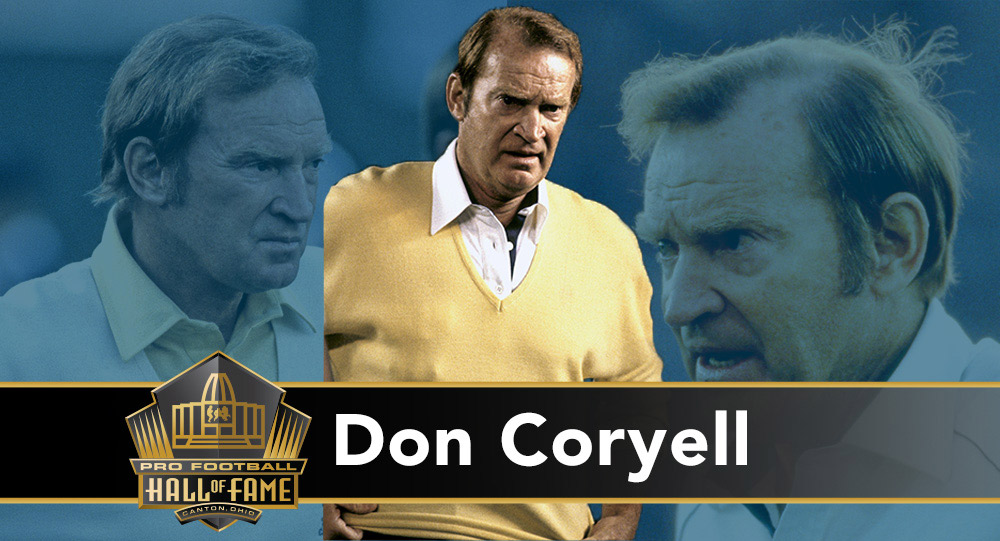 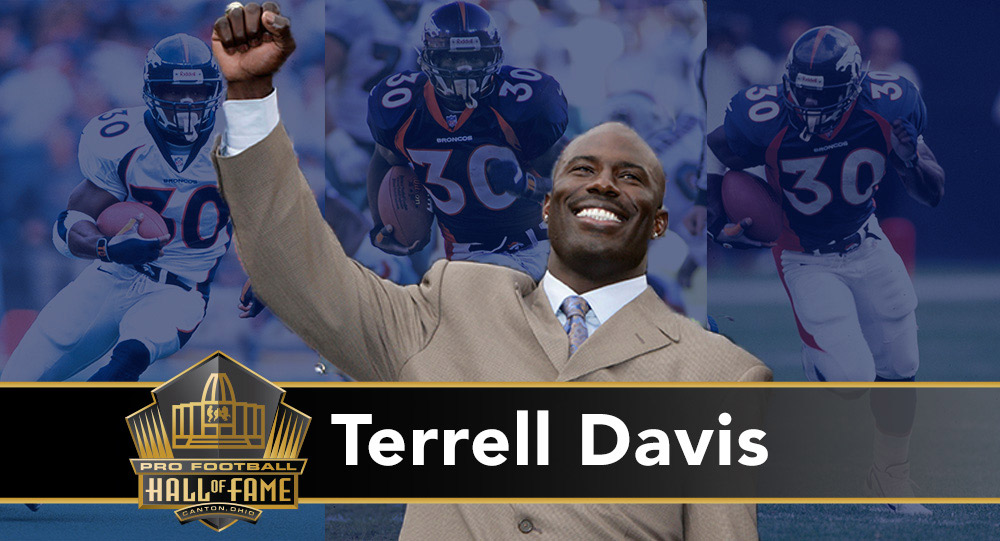 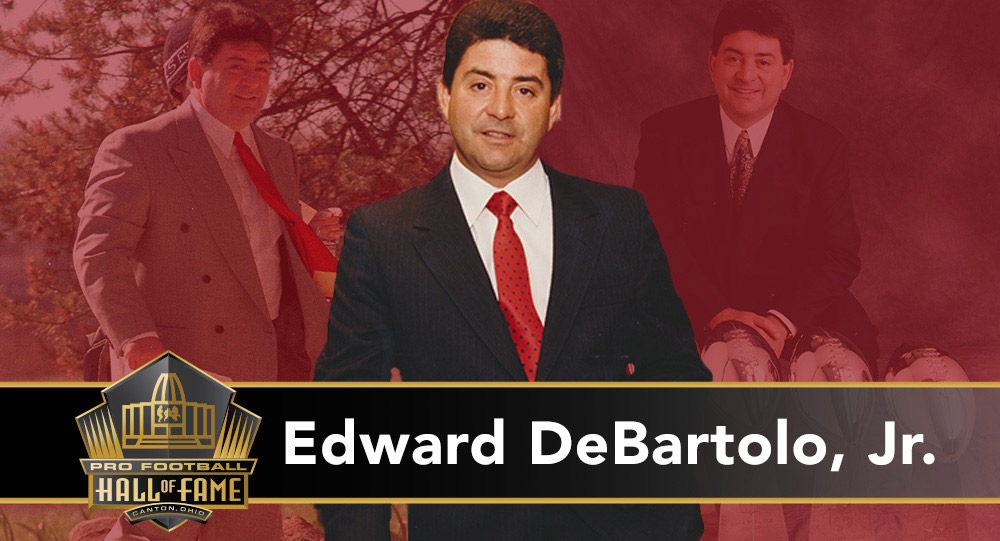 Owner … Notre Dame … 1977-2000 San Francisco 49ers … Purchased 49ers in 1977 with vision to create top-notch organization, on and off field … Known as a "players’ owner,” led franchise to unprecedented winning during tenure … In 1979, hired Bill Walsh as team’s head coach, drafted quarterback Joe Montana, and created atmosphere conducive to winning … Fortunes of franchise changed soon thereafter … In 1981, 49ers finished 13-3 to claim NFC Western Division title and won hard fought playoff battles with New York Giants, Dallas Cowboys and capped the year with a thrilling 26-21 victory over Cincinnati Bengals in Super Bowl XVI … DeBartolo infused team roster with talent that resulted in San Francisco enjoying amazing string of winning seasons … Team averaged 13 wins per season, including playoffs, during a span from 1981 to 1998 (not including strike-shortened 1982 season). During DeBartolo’s ownership team claimed 13 division titles, made 16 playoff appearances, advanced to NFC championship game 10 times, and was first franchise ever to win five Super Bowls (XVI, XIX, XXIII, XXIV, XXIX) … Franchise posted the best winning percentage in NFL in both the decades of the 1980s and 1990s … Was named NFL Man of the Year by Football News, 1989 as the nation’s top sports executive … DeBartolo was also highly respected inside NFL circles and served on league’s realignment and expansion committees … Born November 6, 1946 in Youngstown, Ohio. 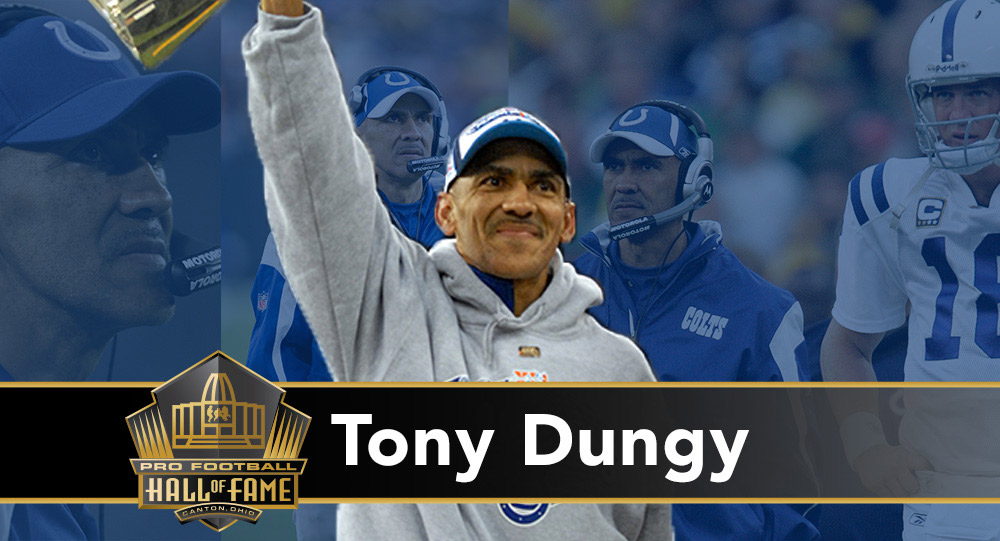 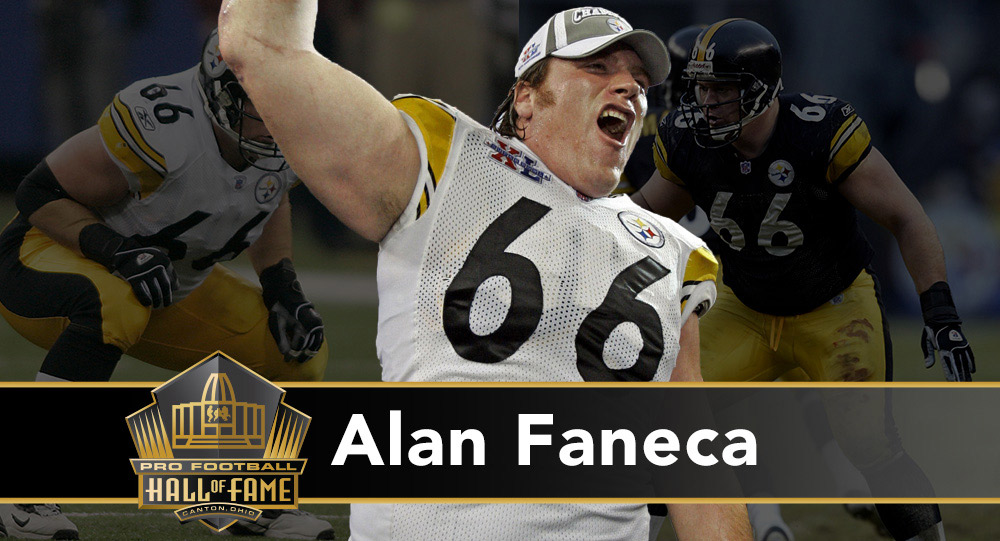 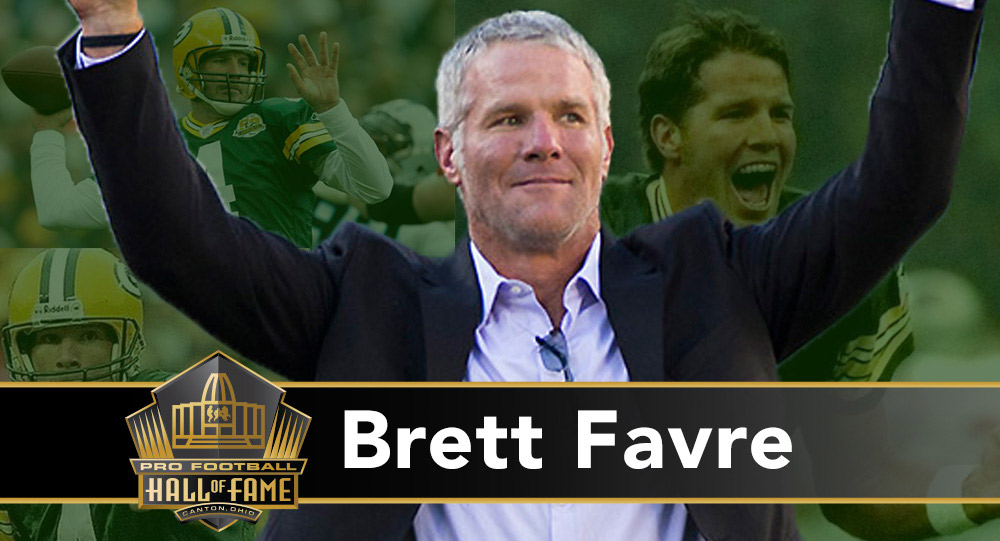 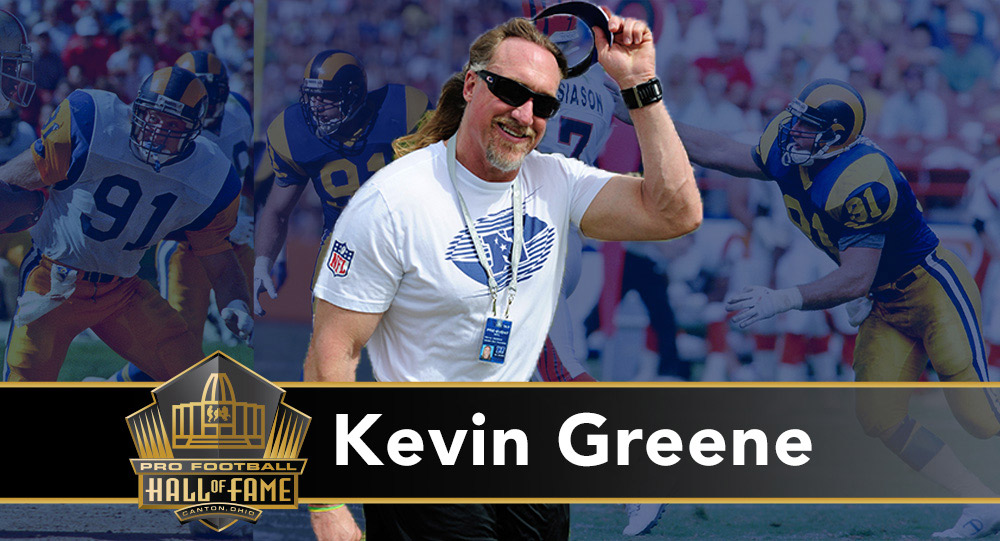 Linebacker/Defensive End … 6-3, 247 … Auburn … 1985-1992 Los Angeles Rams, 1993-95 Pittsburgh Steelers, 1996, 1998-99 Carolina Panthers, 1997 San Francisco 49ers … 15 seasons, 228 games … Selected by Rams in 5th round (113th player overall) in 1985 draft ... Played primarily on special teams as rookie, only season he didn’t register a sack … Did not have any starts in second season, but played in all 16 games and managed seven sacks … Added 6.5 sacks in 1987 and by fourth season was bona fide pass rusher for Rams, registering career-high 16.5 sacks, including career-best 4.5 sacks in win over 49ers in season finale that clinched playoff spot for Rams … Following year matched his 16.5 sacks total … Had double-digit sack totals 10 times, second in record book at the time … Only time missed recording 10 sacks in any of last eight seasons was 1995 when he had team-leading nine sacks for Steelers … Named to Pro Bowl five times (once with the Rams, twice with Steelers and Panthers) … Selected first-team All-Pro, 1989 with Rams, 1994 with Pittsburgh and 1996 with Carolina… Captured league sack title twice, 1994 and 1996 … A member of NFL’s All-Decade Team of 1990s … Played in six conference championship games and one Super Bowl … Led team in sacks 11 times and amassed 160 total sacks, third all-time at time of retirement … Also had three safeties, 26 opponent fumble recoveries, and five interceptions … Born July 31, 1962 in New York, New York. 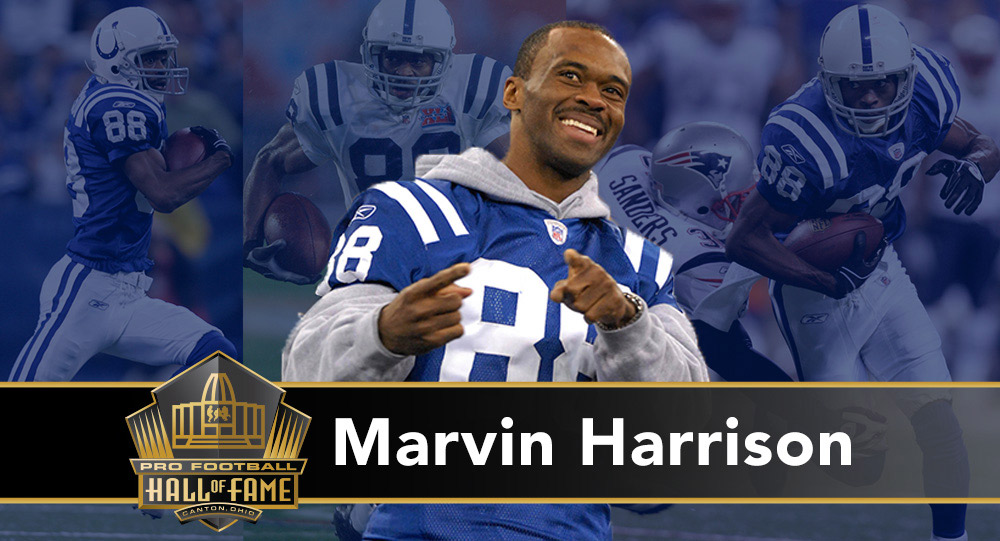 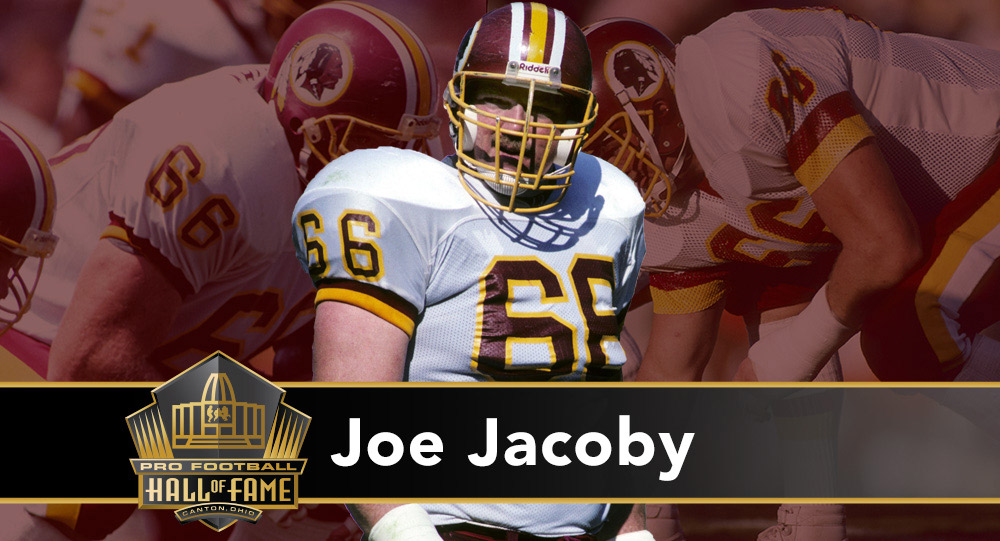 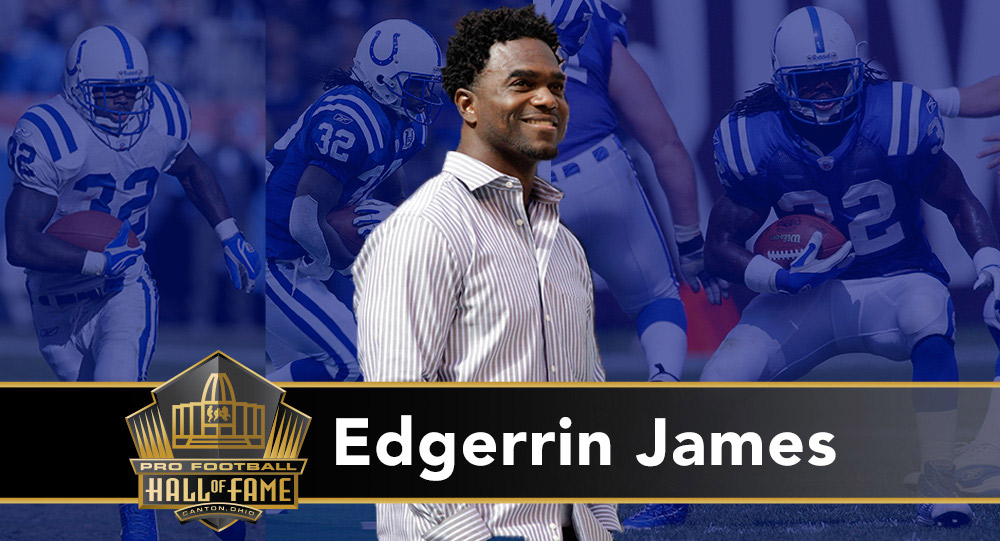 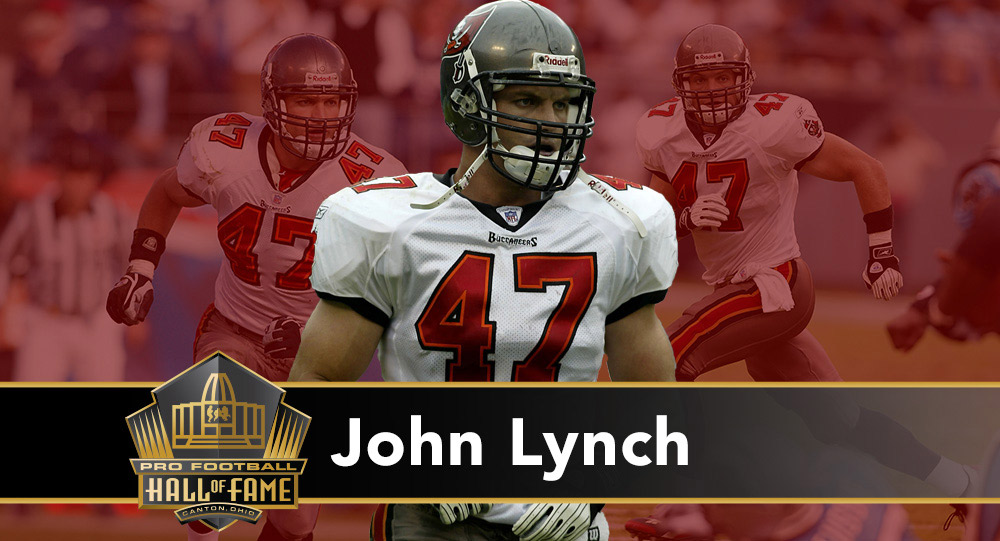 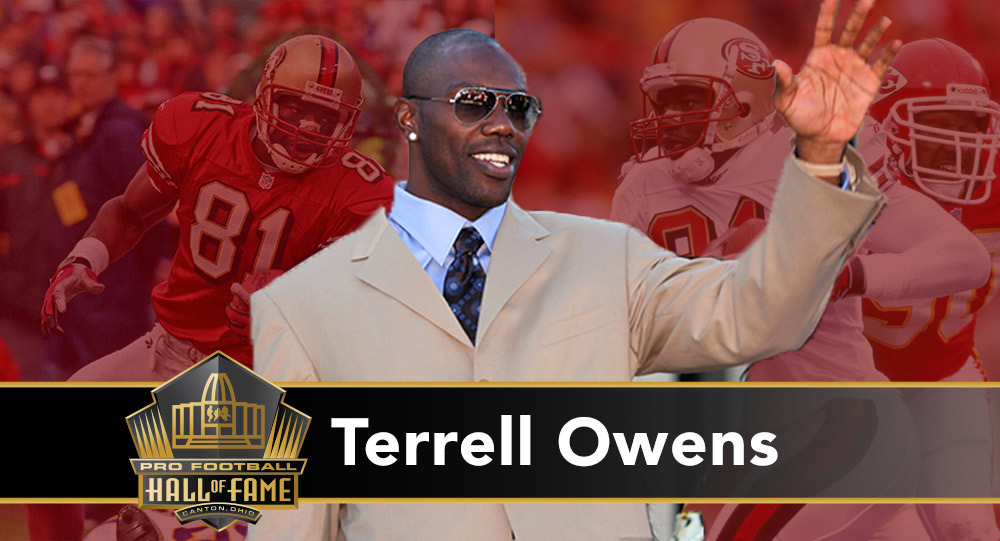 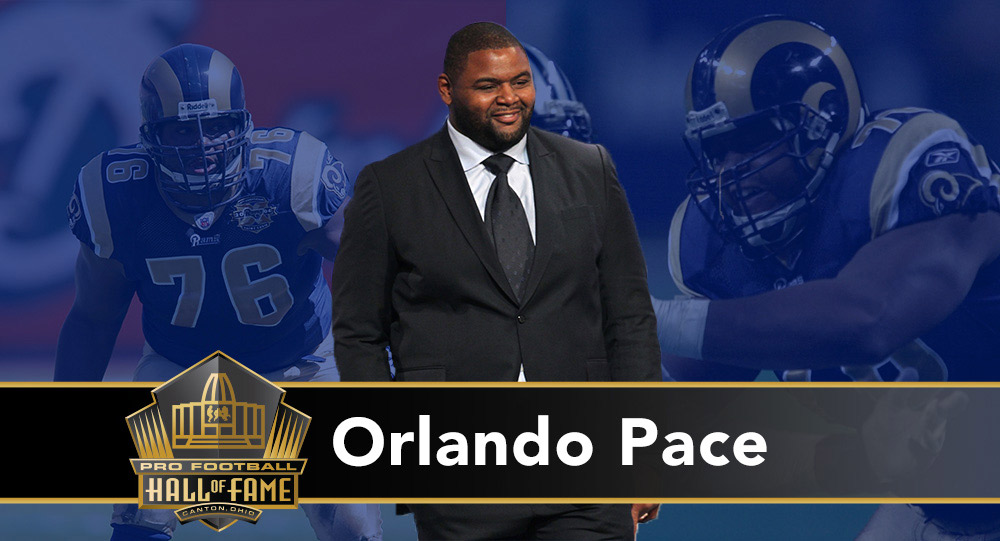 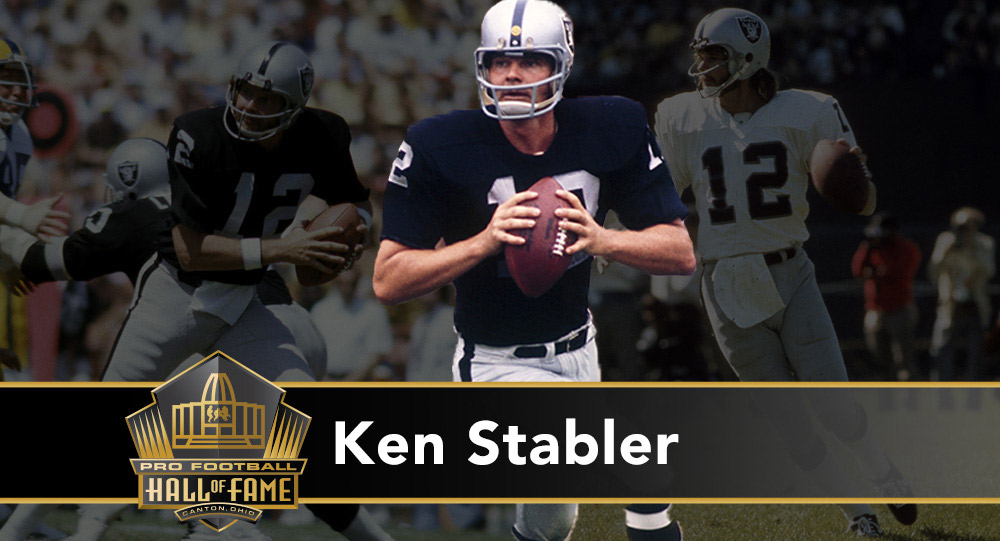 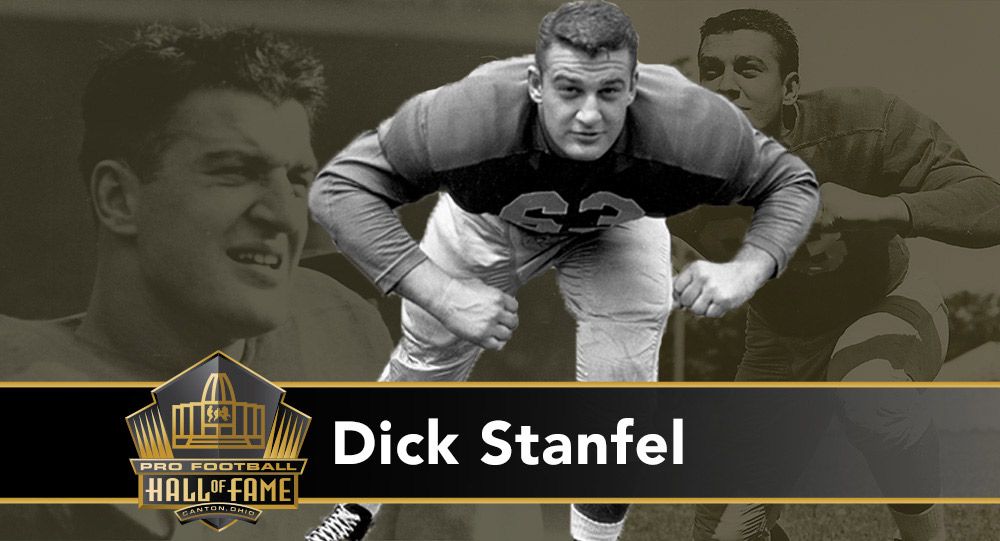 Guard … 6-3, 236 … San Francisco … 1952-55 Detroit Lions, 1956-58 Washington Redskins … Seven seasons, 73 games … Selected by Detroit in 2nd round (19th player overall) of 1951 draft … Anchor of dominant Lions team of that era … Suffered knee injury while preparing to play in the College All-Star game before joining the Lions … Injury sidelined him for entire 1951 season … Took the field following year, quickly established himself as team leader … Lions advanced to the NFL championship game in first three seasons Stanfel played … Won back-to-back world titles 1952-53 … Teammates recognized his outstanding play, naming him team’s Most Valuable Player in 1953 championship season … An honor rarely bestowed to an offensive lineman … After four seasons in Detroit, was traded to Washington Redskins as part of blockbuster four-team deal … In Washington, was reunited with college coach and mentor Joe Kuharich … Played three seasons in Washington and continued to be regarded among NFL’s elite players … While still at the top of game, retired at age 31 to pursue coaching career … Followed Kuharich to Notre Dame as an assistant coach before embarking on lengthy NFL coaching career … Earned first-team All-Pro honors in five of seven seasons including all three years with the Redskins … Voted to four Pro Bowls … Named to the NFL’s All-Decade Team of 1950s … Born July 20, 1927 in San Francisco, California … Died June 22, 2015, at the age of 87. 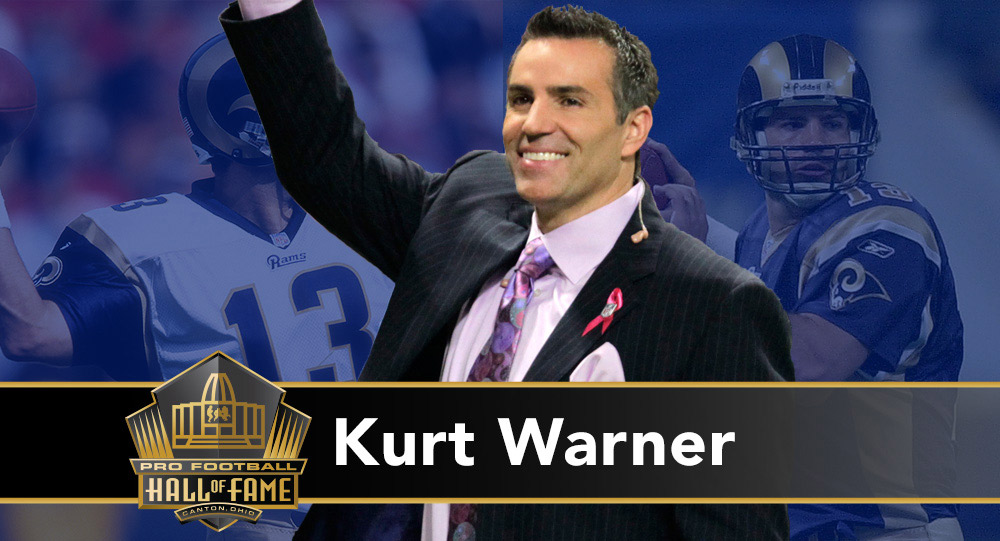 Quarterback … 6-2, 220 … Northern Iowa … 1998-2003 St. Louis Rams, 2004 New York Giants, 2005-09 Arizona Cardinals … 12 seasons, 124 games … Not drafted in the NFL … Originally signed by and then released by Green Bay Packers in 1994 … Went on to play in Arena Football League with Iowa Barnstormers (1995-97) … Returned to NFL with Rams as free agent and allocated to NFL Europe’s Amsterdam Admirals … Returned to Rams in 1998 … Went on to become a two-time NFL MVP (1999 and 2001) and named Super Bowl XXXIV MVP after leading Rams to victory 23-16 victory over Tennessee Titans … Set Super Bowl record with 414 passing yards … He recorded another MVP season two years later when he guided Rams back to the Super Bowl ... His season totals included a league-leading and career-high 4,830 yards and 36 touchdowns to post a 101.4 passer rating … Warner made a third trek to the Super Bowl in 2008 season when he led Arizona Cardinals to franchise’s first division title since 1975 and first-ever Super Bowl appearance … Only quarterback to throw for 300 or more yards in three Super Bowls … A four-time Pro Bowl choice, led NFL in average gain per attempt, three times … Had highest passer rating and led NFL in TD passes twice … Born June 22, 1971 in Burlington, Iowa.

IF ELECTED … SPECIAL NOTES ON 2016 FINALISTS

List of finalists and Hall of Famers by team in which significant portion of career was spent.

THE POSITION ROSTER WILL CHANGE AFTER 2016 ELECTION

List of finalists and by modern-era position. Modern era is defined as a majority of an enshrinee’s career which occurred after 1946.

Three major events complementing the Enshrinement Ceremony and NFL/Hall of Fame Game are the nationally televised (NFL Network) Enshrinees’ Gold Jacket Dinner (Thursday, August 4), the Concert for Legends (Friday, August 5) and the Enshrinees GameDay Roundtable (Sunday, August 7). It is at the Enshrinees’ Gold Jacket Dinner where each member of the Class of 2016 will be presented his Hall of Fame Gold Jacket. At the Enshrinees GameDay Roundtable, the Class of 2016 will be featured center stage as they share memories of the game and their personal feelings about being inducted into the Pro Football Hall of Fame. The inaugural Concert for Legends held last August featured Aerosmith. The performer for this year’s concert will be announced in the coming weeks.

For the first time ever, the Pro Football Hall of Fame is offering fans the opportunity to guarantee tickets to the 2016 Enshrinement Ceremony, NFL/Hall of Fame Game, and the Concert for Legends through an exclusive pre-sale program. Fans can visit ProFootballHOF.com/tickets now through January 15, 2016 and pay a nominal one-time ticket reservation fee to guarantee tickets to the 2016 events.

For the third consecutive year, fans can visit nfl.com/hofvote and vote for their favorite Pro Football Hall of Fame nominee, presented by Ford, The Official Automobile of the Pro Football Hall of Fame. Fans can also enter for a chance to win a 2016 Ford F-150 plus the ultimate football fan package, a VIP trip to Canton for the 2016 Enshrinement Weekend by going to Fordhalloffame.com.

The U.S. Army All-American Bowl, the nation’s premier high school All-American game, will be broadcast nationally this Saturday, Jan. 9, 2016 at 1 PM ET on NBC. The game and the events that surround it will feature four Gold Jackets (living Hall of Famers).