Pro Football Hall of Famer FORREST GREGG passed away today at the age of 85. 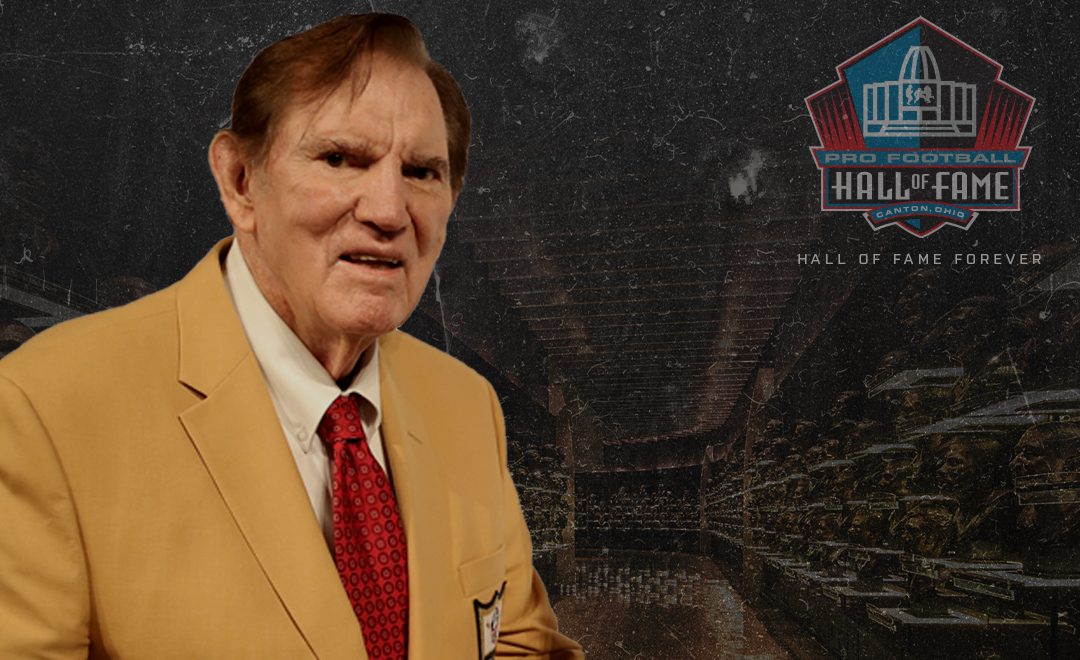 Gregg was drafted out of Southern Methodist University in the second round of the 1956 NFL Draft by the Green Bay Packers and during a 15-year pro career established himself as one of the finest tackles in the history of the game. He also was called upon to play guard in emergency situations.

Legendary coach VINCE LOMBARDI described Gregg as “the best player I ever coached.” Gregg  starred for the Packers from 1956, 1958 to 1970 and one final season with the Dallas Cowboys in 1971. He was a member of six NFL/NFC championship teams and three Super Bowl winners. Gregg was also elected to the NFL’s All-Decade Team of the 1960s and the NFL’s 75th Anniversary All-Time Team. He was enshrined into the Pro Football Hall of Fame in 1977.

“The Game lost a giant today. Forrest Gregg exemplified greatness during a legendary career that earned him a Bronzed Bust in Canton,” Hall of Fame President & CEO David Baker stated. “He was the type of player who led by example and, in doing so, raised the level of play of all those around him. Forrest symbolized many great traits and virtues that can be learned from this Game to inspire people from all walks of life.”

Baker added, “Our heartfelt condolences go to Forrest’s wife Barb and the entire Gregg family. We hope that they find comfort in knowing that his great legacy will live forever at the Pro Football Hall of Fame.”

Gregg, at 6-4 and 249 pounds, was considered small for the job as he entered the pro ranks. He was targeted from the start for the right tackle position in Green Bay. Realizing that he would never be able to overpower the monstrous defensive left ends that would be pouring in on him, Gregg went to work to learn how to finesse his potentially overpowering opponents. He spent countless hours watching coaches’ films of the most noted stars. It wasn't long before he knew the moves of every opponent and had perfected ways to combat them.

He earned an "ironman" label by playing in a then league record 188 consecutive games in a career capped by a final season in 1971 with the Super Bowl bound Dallas Cowboys.

As the Packers grew in stature in the 1960s, so too did Gregg. He won All-NFL acclaim eight straight years from 1960 through 1967 and was selected to play in nine Pro Bowls.

In 1961, and again in 1965, when injuries created a crisis on the Packers’ offensive line, Gregg willingly switched to guard to fill the void. In 1965, one major wire service named him an All-NFL at guard, the other picked him as its all-league tackle.

Following his playing career, Gregg embarked on a long coaching career that included 11 seasons as a head coach in the National Football League (1975-77 Cleveland Browns, 1980-83 Cincinnati Bengals and 1984-87 Green Bay Packers). During the 1981 season, he led the Bengals to their first-ever Super Bowl.

He personally scouted and drafted future Hall of Famer ANTHONY MUÑOZ, telling Bengals owner PAUL BROWN “Anthony Munoz will be one of the best offensive tackles ever to play the game.”

Gregg was born on Oct. 18, 1933 in Birthright, Texas. He came from humble beginnings, the son of a farmer, who left home at age 15 to find work to support his family.

He continued to stay active in the community and with the Hall of Fame.

In 2013, the “Hometown Hall of Famer™” program traveled to Sulphur Springs, Texas to recognize the legendary tackle. The special plaque ceremony, during which the theme of community took center cage, was held at the Hopkins County Civic Center located on the Sulphur Springs High School campus where Gregg spent some of his happiest years. Nearly 1,500 people including friends, family, former teammates and students, filled the auditorium while the high school cheerleading team and marching band performed.

“Whatever I have achieved links back to this town and this high school,” he said. “From the people who befriended me, gave me a place to live and gave me a job and direction…I want to thank each and every one of you.”

Gregg was diagnosed with Parkinson’s disease in 2011. He became the spokesperson for “Parkinson’s More than Motion™,” a community of outlets  and resources including a strong presence on Facebook where patients share their experiences online and includes a series of online videos aimed to educate the public on the motor and non-motor symptoms of the disease.

NFL Hall of Famer and Super Bowl champion Curley Culp has been back to his old stomping grounds many times before. But none of those went quite like this.