Centennial Class of 2020 to be Enshrined in August and September

The Pro Football Hall of Fame’s 20-member Centennial Class of 2020 will be formally enshrined during two separate events, the annual Enshrinement Week Powered by Johnson Controls in August and the Centennial Celebration in September. 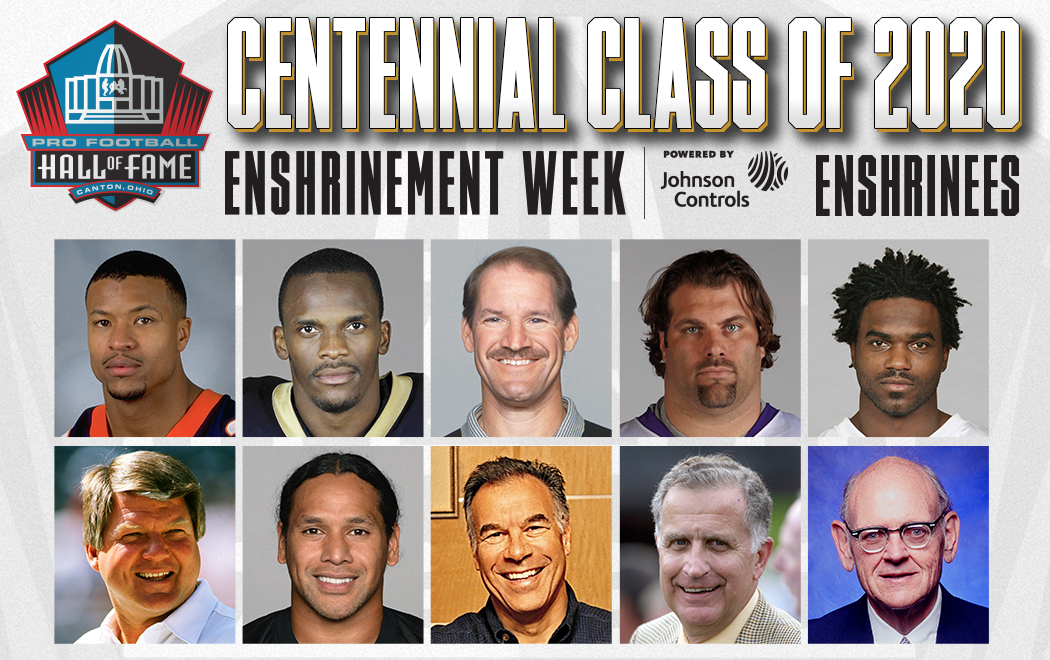 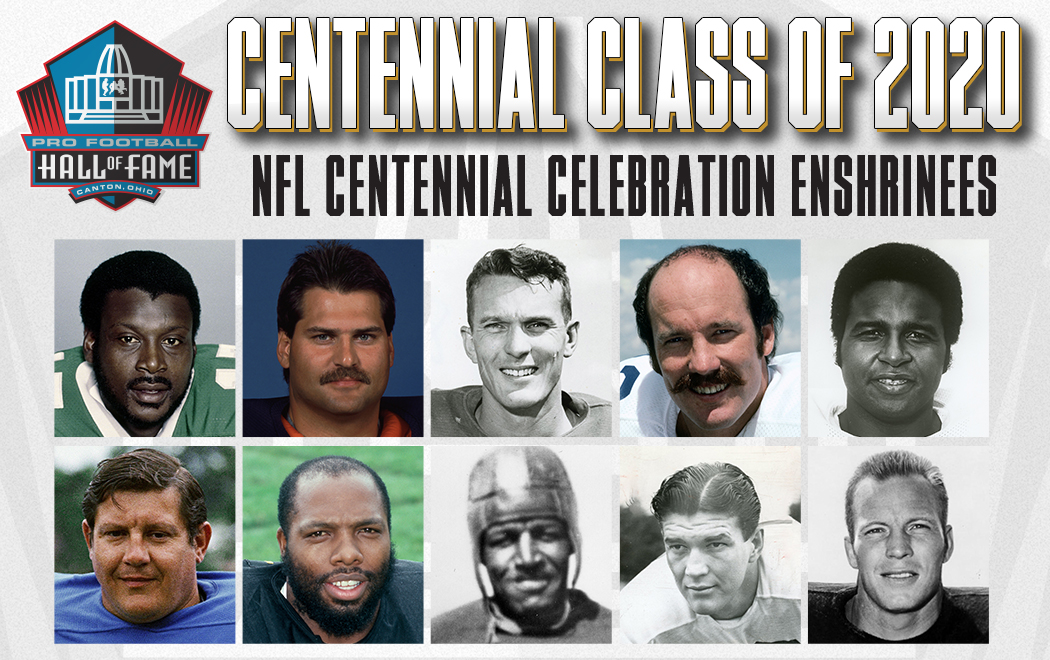 Tickets for the Enshrinement Ceremony go on sale Wednesday, Feb. 26 at 10 a.m. ET and prices range between $29 to $175. Participating teams and ticket information for the Hall of Fame Game will be announced soon.

Official ticket packages are also available for the 2020 Pro Football Hall of Fame Enshrinement Week Powered by Johnson Controls and are on sale now at www.hofexperiences.com/ or by calling 844-751-0532.

The Pro Football Hall of Fame and the Canton region will host a once-in-every-other-lifetime celebration in Canton to honor the Centennial of the National Football League which was founded in Canton on Sept. 17, 1920.

The Centennial Celebration will feature a multi-day schedule of events celebrating the NFL’s 100th Birthday party. Among the planned events is the dedication of the new Centennial Plaza in downtown Canton near the site where the NFL was founded. Monuments featuring the names of the more than 25,000 players who competed in the league in its first century will be unveiled.

The 10 Seniors from the Class of 2020 will be enshrined on the evening of Friday, Sept. 18 at the Centennial Celebration which will kick off the league’s next century showcasing Pro Football Hall of Famers and the NFL Legends who built the game in attendance along with world-class performances from a variety of music icons. The weekend will also include Team Reunions for players and other club personnel and a Community Day to celebrate youth and high school football.

Further details and ticket information for the Centennial Celebration will be announced in the coming weeks.

Bruce recently visited the Hall for orientation prior to his enshrinement in August.