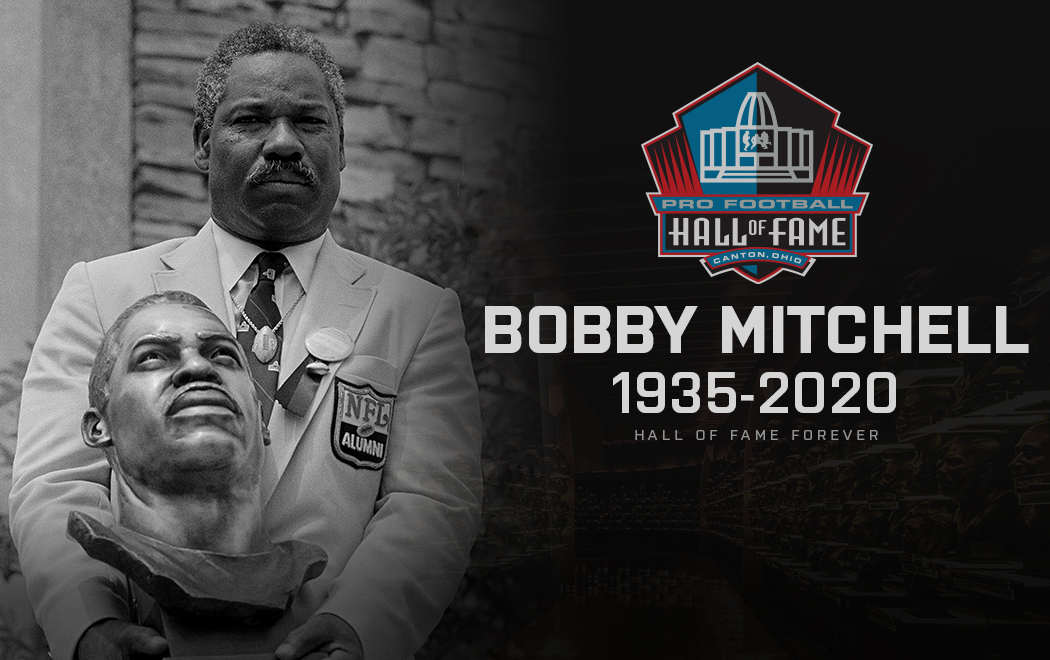 Pro Football Hall of Famer Bobby Mitchell passed away Sunday afternoon at the age of 84. Enshrined into the Hall of Fame in 1983, Mitchell was a dominant player with exceptional speed, balance and agility. His 11 seasons in the National Football League were split between the Cleveland Browns (1958-1961) as a halfback and the Washington Redskins (1962-68) as a flanker. Mitchell was named All-NFL three times and played in four Pro Bowls.

“The entire Pro Football Hall of Fame family mourns the passing of Bobby Mitchell. The Game lost a true legend today. Bobby was an incredible player, a talented executive and a real gentleman to everyone with whom he worked or competed against. His wife Gwen and their entire family remain in our thoughts and prayers. The Hall of Fame will forever keep his legacy alive to serve as inspiration to future generations.”

The Hall of Fame flag on the Museum’s campus will be flown at half-staff in Mitchell’s memory.

The Career of Bobby Mitchell

Few offensive stars ever found more ways to inflict telling damage on a National Football League opponent than did Bobby Mitchell in his 11 seasons with first the Cleveland Browns from 1958 through 1961 and then the Washington Redskins for the next seven seasons.

With three weeks until the draft, the trendy prediction in Philadelphia is that the Eagles will take a wide receiver.