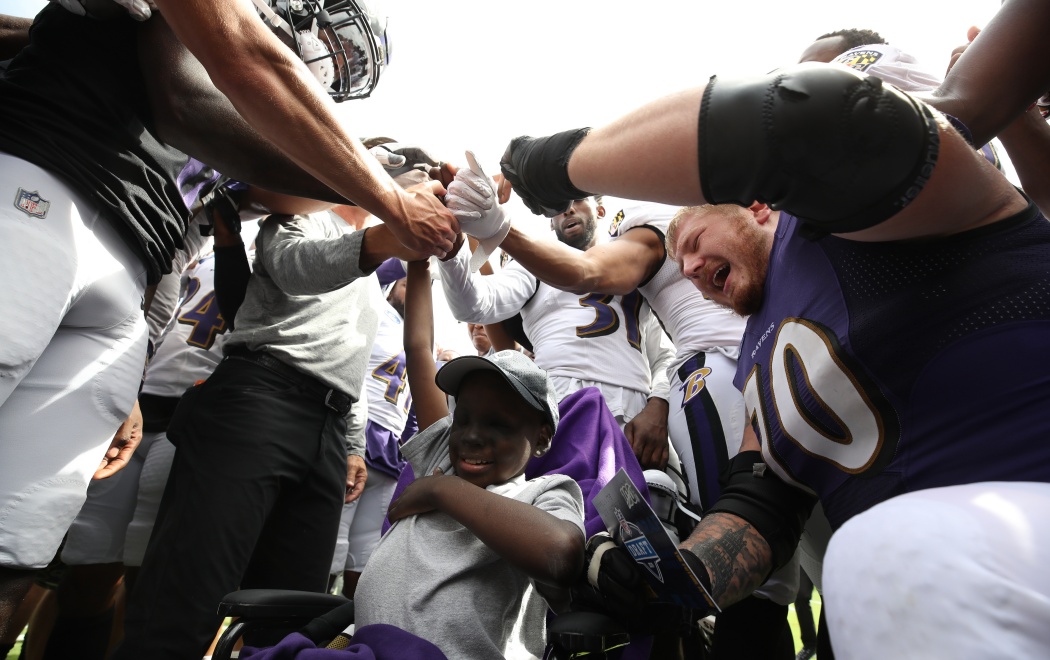 Inside the “Pro Football Today” exhibit area at the Pro Football Hall of Fame, fans of the Baltimore Ravens can find artifacts commemorating historic achievements from 2019.

And while jerseys, gloves and game balls from key moments in the team’s record-setting season already are fan favorites and have drawn plenty of well-deserved attention, the Hall this week added a truly one-of-a-kind piece of history.

On April 27, 2019, Ravens superfan Mo Gaba used a special card to announce the team’s selection of Ben Powers, a guard from the University of Oklahoma, as their fourth-round draft pick: one stamped with Braille.

Gaba, only 13 when he made the pick during a Ravens fan fest held on the third day of the annual NFL Draft, lost his eyesight to cancer at age 9 months. His courageous and inspiring battle ended Tuesday evening, only a few days after Pro Football Hall of Fame President and CEO David Baker recorded a special audio message letting Gaba know his contribution to the Game would be part of the Hall’s collection and on display.

Baker also recorded a special video tribute to Gaba on Monday after hearing from the Ravens that Gaba health had taken an unfortunate turn.

“When we received word on Friday morning that Mo’s condition took a turn for the worse, I immediately thought of what we might be able to do to lift his spirits,” said Brad Downs, senior vice president of marketing for the Ravens. “One of the ideas was to get Mo into the Hall of Fame.”

A call to the Hall set everything in motion.

“On Monday, when the card arrived at the Hall, they had it on display by late afternoon, and David was kind enough to send a video of the exhibit for Mo,” Downs said. “We again shared that just with Mo’s mom, and she shared it with Mo. They couldn’t have been more appreciative and honored by the gesture. Everyone that we worked with at the Hall has been extremely supportive and really amazing to turn this around so quickly.”

Gaba became a legend among Baltimore sports fans because of his regular calls to a local sports-talk radio station since 2015.

Now his contribution to the Game will be guarded forever inside the Pro Football Hall of Fame.