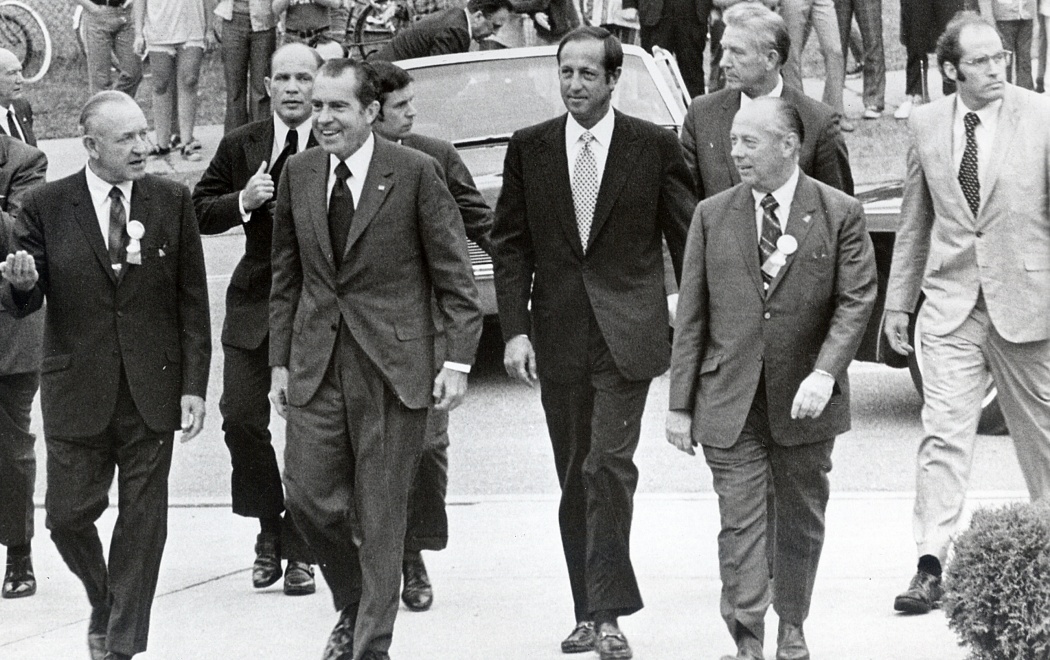 Former President Richard Nixon espoused the ideals of #HuddleUpAmerica more than a half-century before the Pro Football Hall of Fame created that initiative, which strives for teamwork and unity among people from disparate backgrounds.

Football was always Nixon’s favorite sport — from his days as a high school player to a member of the Whittier College team to the commander in chief who suggested plays for George Allen to run as coach of the NFL team in Washington in the early 1970s.

Nixon was enamored with “the spirit, the teamwork, the friendship” of football, his foundation’s website notes. And he knew what it took to create that camaraderie, regardless of the sport: dedicated and able coaches.

In September 1972, Nixon signed a proclamation creating National Coaches Day, effective the following Oct. 6, to celebrate those “friends and counselors” who often derive their satisfaction not from personal glory but “through the achievements of others whom they have helped.”

National Coaches Day has been marked on Oct. 6 since then, and the Hall of Fame’s social media channels today recall some past and current coaches who have left their mark on the National Football League: Tony Dungy, Bill Cowher, Bill Belichick, Jimmy Johnson, Andy Reid and Vince Lombardi.

Every day, the stories of Don Shula, George Halas, Fritz Pollard, Bill Walsh and the roughly two dozen other coaches enshrined in the Pro Football Hall of Fame can be found here.

We commend them and the coaches at every level of all sports for the jobs they do as teachers, mentors and advisors.

Over the years, we as a Nation have become increasingly sportsminded. We are intensely aware of the achievements of our professional athletes and have given them well-deserved recognition. We are especially proud this year of the members of our Olympic teams. And we are also enthusiastic about the fine athletes in our high schools, colleges, and universities.

Yet, despite the talent of these men and women and their initial promise, many of them could not have risen to their current performance levels without the guidance and encouragement of those who have coached them at every stage of their progression. Whether or not they achieve athletic distinction, most of those who participate in organized sports will become better citizens because of the lessons they have learned from their coaches and because of the example which their coaches have set for them.

Coaches are highly qualified teachers — in highly specialized fields. But more than that, they are friends and counselors who help to instill in their charges important attitudes that will serve them all their lives. I know from my own experience how much an understanding coach can do to shape the life of a young person. For a coach can help to teach a student the value of teamwork, discipline, and a healthy attitude toward competition. A coach can help a young person learn how to win gracefully and how to grow from defeat. A coach can help build that moral fiber on which our future as a Nation depends.

The coaches of America, in sports and in many other fields of endeavor, do not work for personal glory. Their satisfaction usually comes through the achievements of others whom they have helped. It is appropriate that our Nation join in according them the recognition and honor which they so richly deserve, for they represent the finest elements in the American character.

NOW, THEREFORE, I, RICHARD NIXON, President of the United States of America, in consonance with Senate Joint Resolution 213, do hereby proclaim October 6, 1972, as National Coaches Day. I call upon the people of the United States and interested groups and organizations to observe that day with appropriate ceremonies and activities.

A Century Ago, Bobby Marshall Made History Playing in NFL's First Game

Odds are Bobby Marshall is the greatest football player, the most distinguished Minnesotan and the most multifaceted Black pioneer you’ve never heard of.

Stories From The Hall of Fame Archives: Oh, Brother