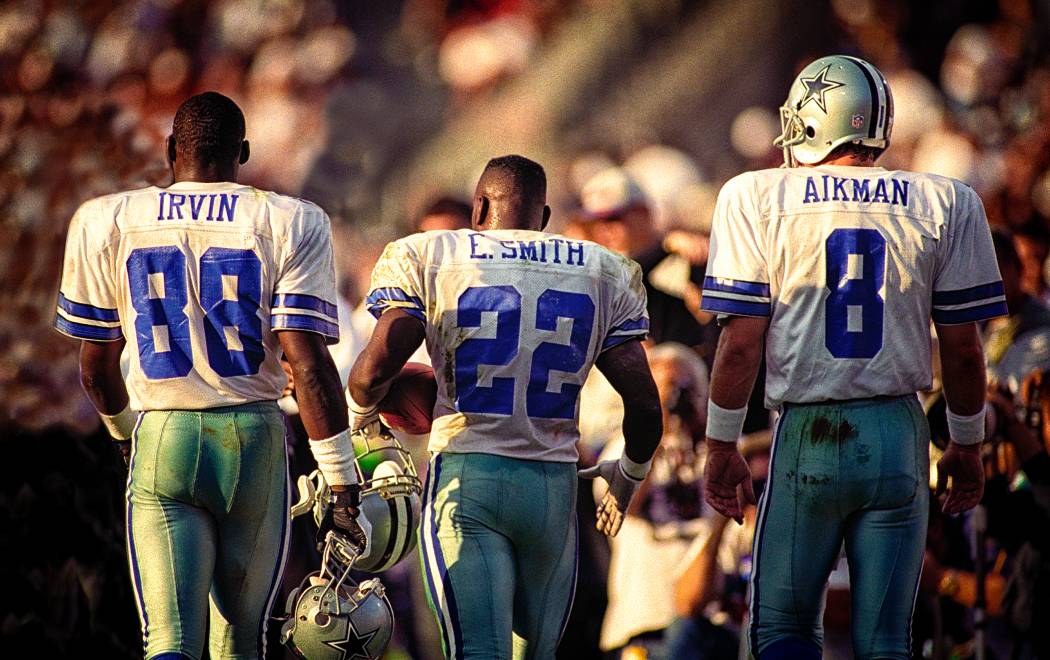 From the franchise’s earliest days – long before Tom Landry, Tex Schramm or Gil Brandt would become Hall of Famers – the Dallas Cowboys demonstrated an incredible eye for talent.

The newest connection between the team and the Pro Football Hall of Fame involves a talented man with an incredible eye.

Photographs from Ron St. Angelo, the longtime official photographer of the Cowboys, have been gifted to the Hall of Fame – a generous cross-section of historical images he captured from behind the lenses of his trusted Nikon equipment.

The photos, numbering about 700, will be preserved at the Archives of the Hall inside the Ralph Wilson, Jr. Pro Football Research and Preservation Center.

“I’m thrilled to be making a donation to the Hall and to be part of doing what (the Hall does) to preserve the history … of the No. 1 sport in the world,” St. Angelo said in a phone interview from Dallas.

The images donated to the Hall span decades – from St. Angelo’s hiring by Schramm in 1979 through 30-plus seasons, with a heavy emphasis on the Cowboys’ dynasty years of the early 1990s and three Super Bowl titles.

“I’ve been lucky,” St. Angelo said. “I’ve met a lot of people in conjunction with being the official photographer of the Cowboys.”

St. Angelo’s career began with less fanfare. He served in the U.S. Navy, including two tours in Vietnam, and worked for the military newspaper Stars and Stripes. Returning stateside, he attended the University of Houston and worked for a portrait business with studios in Houston and Dallas, eventually opening his own studio.

The Cowboys hired St. Angelo to photograph all aspects of the team – from game action to feature shots of players, coaches and the Dallas Cowboys Cheerleaders. One of his strengths, he said, was a thorough knowledge of Texas Stadium – its angles and lighting – and how sun and shadows would help create memorable images.

One such photo and an image St. Angelo calls “one of the greatest pictures I’ve made” showed future Hall of Famer Tory Aikman running through (machine-produced) fog and onto the field for the 1995 NFC title game. St. Angelo was positioned almost directly opposite from the other photographers.

“Having a place like the Pro Football Hall of Fame to leave some memorabilia and knowledge of what you lived through is special,” St. Angelo said.

Events aim to strengthen the coaching and personnel development pipeline across the league.

The 26 men in the Silent Drill Platoon completed their routine without a single spoken instruction.