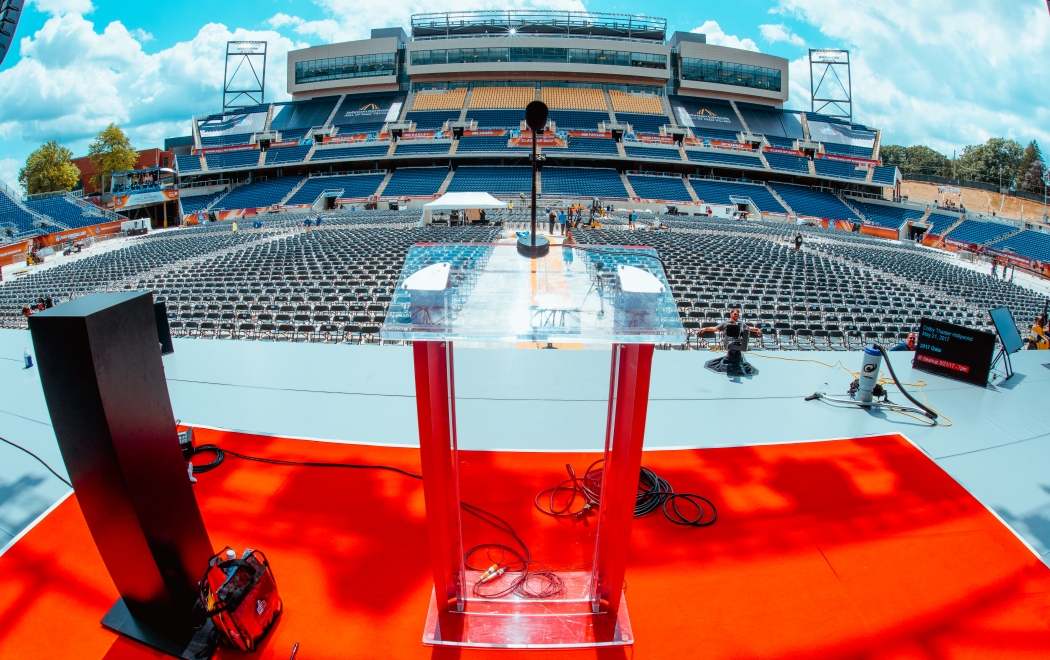 Fans viewing the 19 Enshrinement speeches this August for the Centennial Class of 2020 and the Class of 2021 will see faster-paced shows with a tighter format that includes set time limits for each speaker.

Enshrinees for both classes have been asked to limit their remarks to 6 minutes. An “Academy Award-style” musical cue, if needed, would end each speech at 8 minutes.

On one of the biggest nights of their football lives, legendary receivers HAROLD CARMICHAEL and DREW PEARSON, players whose careers overlapped for 11 seasons, will deliver the first speech at his respective fan-friendly Enshrinement.

Special video tributes to the eight members of the Centennial Class of 2020 elected posthumously – BOBBY DILLON, WINSTON HILL, ALEX KARRAS, STEVE SABOL, DUKE SLATER, MAC SPEEDIE, ED SPRINKLE and GEORGE YOUNG – will be interspersed with the 12 live speeches. Each was enshrined in a special ceremony April 28 at the Hall of Fame.

On Sunday, Aug. 8, Pearson will lead the seven members of the Class of 2021 in delivering their Enshrinement speeches. The ceremony begins at 7 p.m.

The full lineup will be:

A video tribute to Class of 2021 member BILL NUNN will be shown as part of the program.

Single-event tickets for each Enshrinement are available for purchase at www.profootballhof.com/enshrinement/. Prices start at $29.

Official ticket packages also are available for the 2021 Pro Football Hall of Fame Enshrinement Week Powered by Johnson Controls at www.hofexperiences.com/ or by calling 844-751-0532.