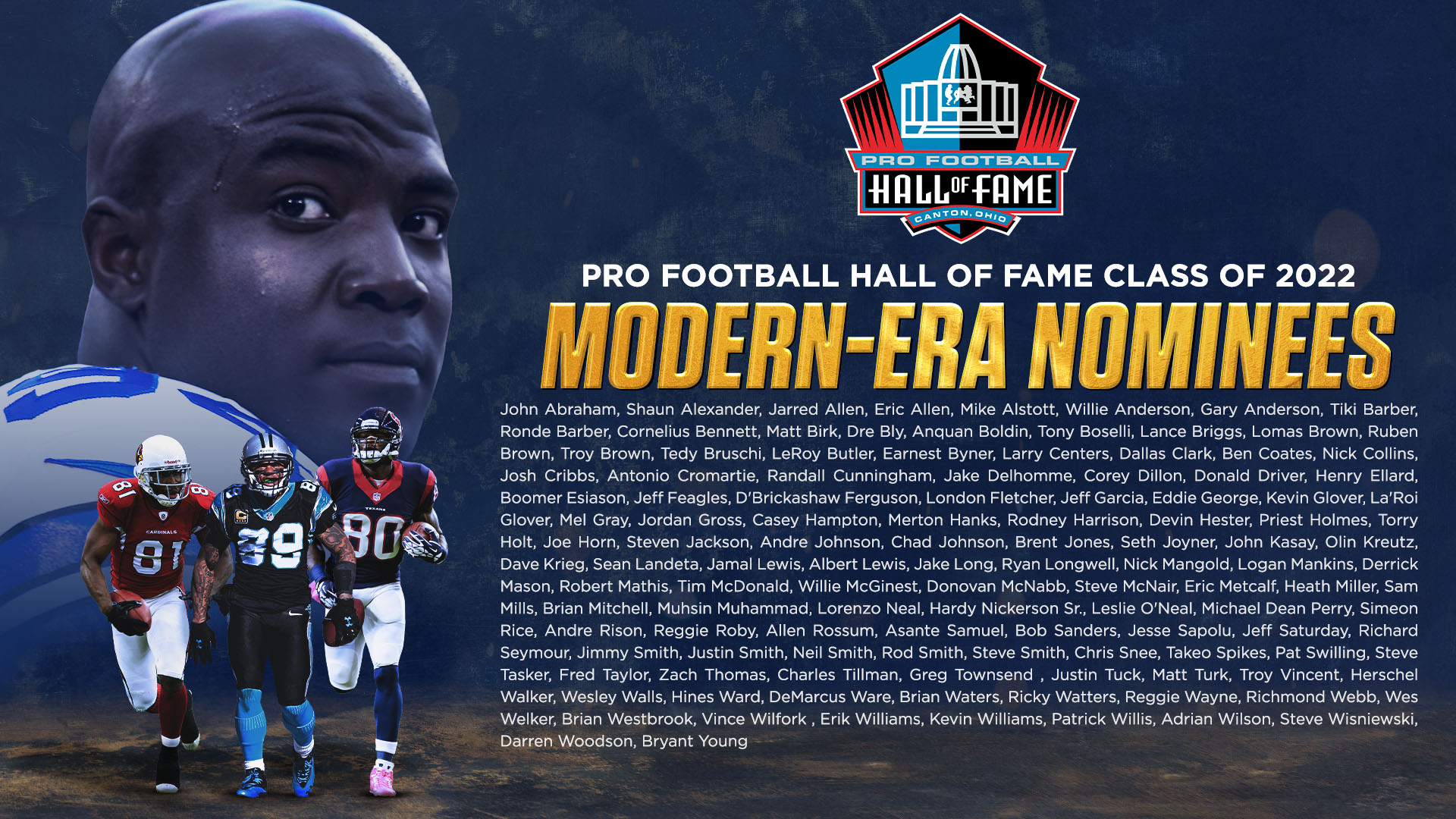 The roster of nominees consists of 66 offensive players, 46 defensive players and 11 special teams players. The list of Modern-Era Nominees will be reduced to 25 Semifinalists in November and, from there, to 15 Finalists in January.

*Finalist in 2021. Underline indicates first year of eligibility. (Players must have last played at least five full seasons ago to be eligible for nomination. Therefore, any individual who last played in 2016 is eligible for the first time in 2022.)

The Selection Committee will meet early next year (on a date to be determined) in advance of Super Bowl LVI. While there is no set number for any class of enshrinees, the selection process by-laws provide that between four and eight new members will be selected.

The Senior Finalist, Contributor Finalist and Coach Finalist are voted “yes” or “no” for election at the annual selection meeting and must receive at least 80% support from the Committee to be elected. The Modern-Era Finalists will be trimmed during the meeting from 15 to 10, then from 10 to five. The remaining five Finalists will be voted on individually, “yes” or “no,” and must receive the same 80% positive vote as the Senior, Contributor and Coach Finalists to earn election to the Pro Football Hall of Fame.

This year’s reduction voting and the Selection Meeting ballots will be processed via an online voting platform developed specifically for the Pro Football Hall of Fame by Ernst & Young.

The Pro Football Hall of Fame’s Class of 2022 will be enshrined in August 2022. For the most up to date information on the annual Enshrinement Week Powered by Johnson Controls, visit https://www.profootballhof.com/enshrinement/. 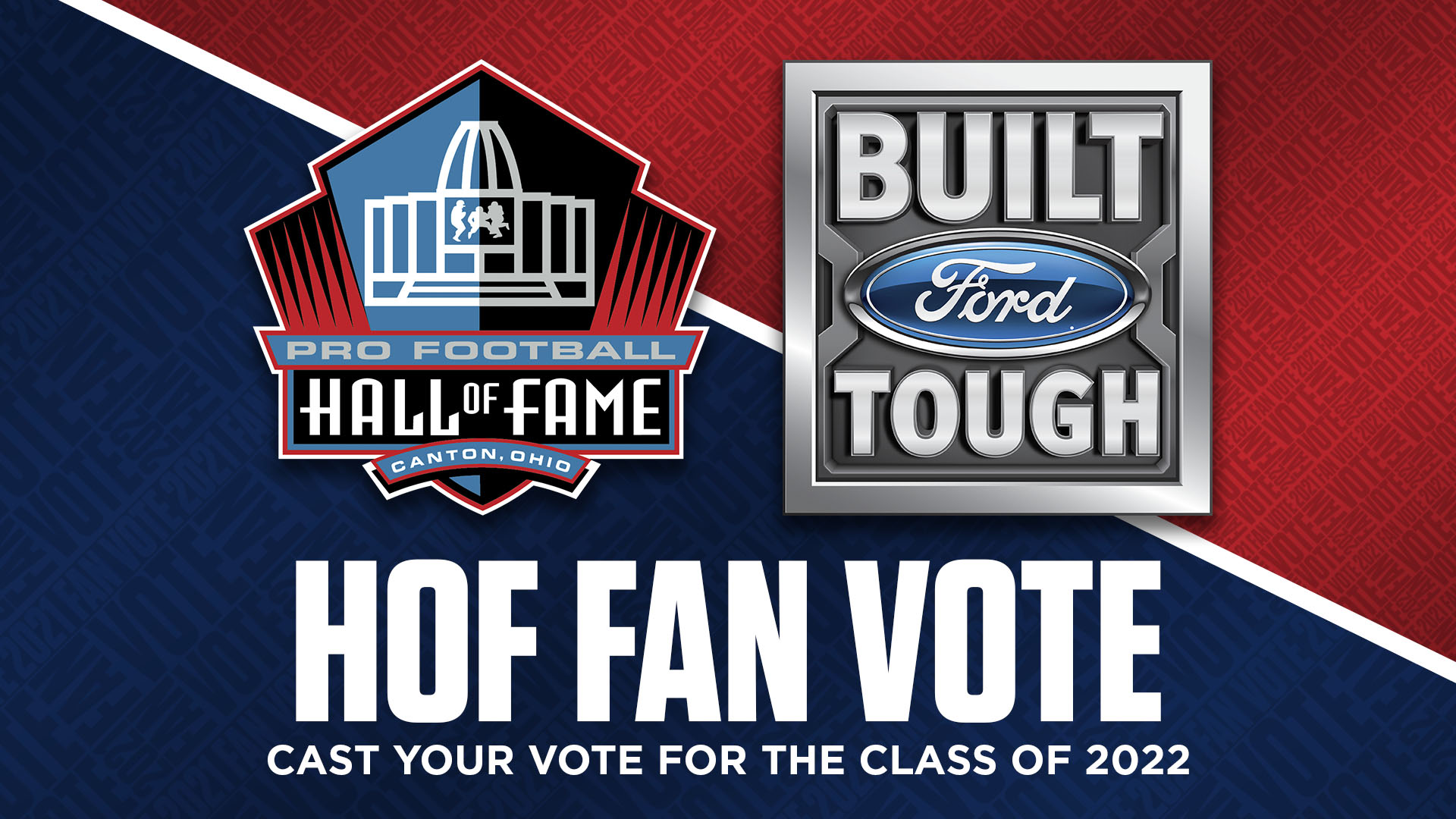 The annual Pro Football Hall of Fame Fan Vote presented by Ford launched today. Fans can start voting as many times as they wish at www.profootballhof.com/fanvote to predict the five Modern-Era players who will be elected to the Hall of Fame as part of the Class of 2022.

Fans who vote automatically become eligible for sweepstakes prizes, including a Grand Prize trip for two (2) to the 2022 Enshrinement Week Powered by Johnson Controls in Canton.

This marks the 12th consecutive year that Ford, the Official Automobile of the Pro Football Hall of Fame, has invited fans to predict the outcome of the annual Hall of Fame class. More than 25 million votes have been cast in the past decade.

Official Ticket Packages for the 2022 Pro Football Hall of Fame Enshrinement Week Powered by Johnson Controls are available from Hall of Fame Experiences at www.HOFExperiences.com or by calling 844-751-0532. Packages range from single-day offerings to four-day experiences that include premium seating, VIP access and exclusive parties.

Here is a look at what to watch for in Week 3's matchups.