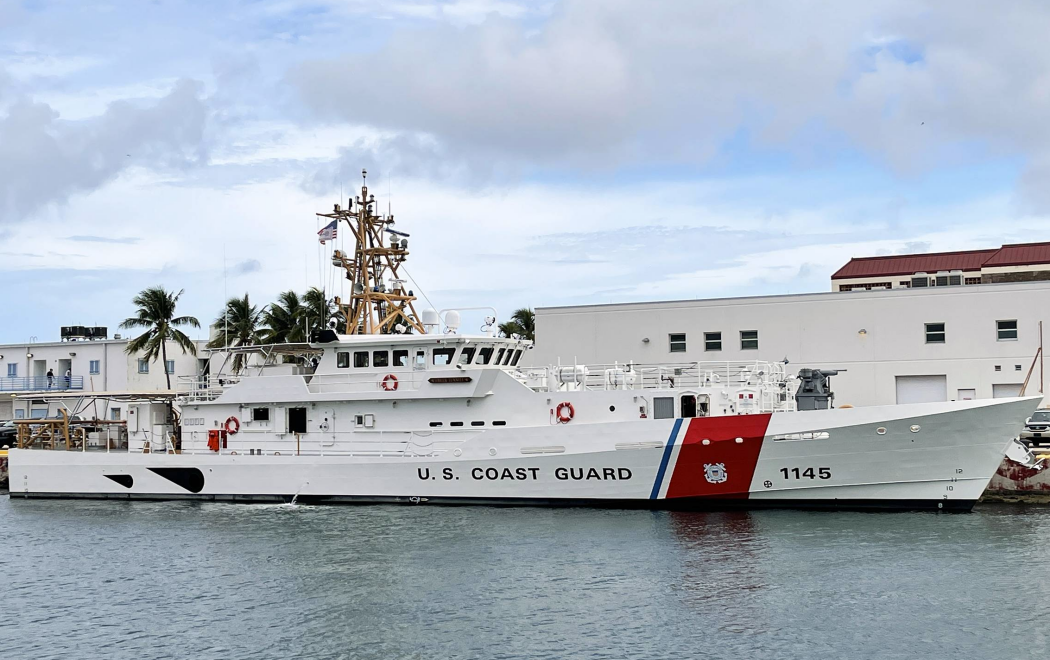 Tunnell, a two-time NFL champion and member of the NFL 100 All-Time Team, was the first African American enshrined into the Pro Football Hall of Fame as a member of the Class of 1967.

Before Tunnell achieved fame on football fields as a defensive back with the New York Giants (1948-1958), where he was the first Black player in franchise history, and Green Bay Packers (1959-1961), he served with the Coast Guard as a steward’s mate during World War II. He is credited with saving the lives of two fellow shipmates in separate incidents.

In April 1944, in Papua New Guinea, Tunnell was unloading cargo when a Japanese torpedo hit the ship. He used his bare hands, suffering burns, to put out the fire on a shipmate. In 1946, Tunnell jumped into freezing water while stationed in Newfoundland to save another shipmate who had fallen overboard from the USS Tampa.

Tunnell died in 1975. The Coast Guard awarded him the Silver Star posthumously in 2011.

Tunnell’s football career stats included 79 interceptions – still second on the NFL’s all-time list – that he returned for 1,282 yards and four touchdowns. He also excelled as a kick and punt return man.

He was elected to the NFL’s All-Decade Team of the 1950s and nine Pro Bowls while being named to the AP’s first-team All-Pro unit four times.

After his playing career ended, he went into scouting and coaching.

“He wanted to do as much as he could, as long as he could,” Tunnell’s goddaughter Mialee Anderson told WPVI, the ABC News affiliate in Philadelphia. “If you go through his history, you see he did a lot of firsts. And in doing so, he set precedent for others to follow.”

The U.S. Coast Guard’s 45th Fast Response Cutter is the first military ship to carry the name of a professional athlete. No. 45 was Tunnell's number with both the Giants and Packers.

“Here's a guy who didn't set out to be a trailblazer or break any glass ceilings,” Coast Guard Admiral Karl Schultz told WPVI. “He was just a great human being who wanted to make a difference in the world.”

Tunnell’s legacy on and off the field will be preserved at the Pro Football Hall of Fame in Canton.