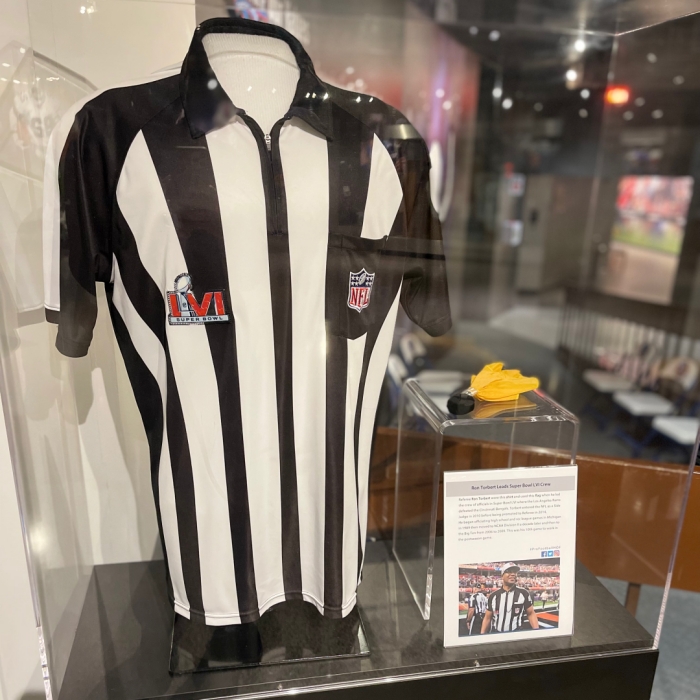 Torbert made his officiating debut in the Super Bowl and was a part of a seven-person crew to call the game between the Los Angeles Rams and Cincinnati Bengals on Feb. 13, 2022. The game was played at SoFi Stadium in Inglewood, Calif.

More artifacts from Super Bowl LVI are expected to be preserved in the Hall's archives soon.
Previous Article

Joe Greene, a member of the Class of 1987, steps into the Gold Jacket Spotlight this week.