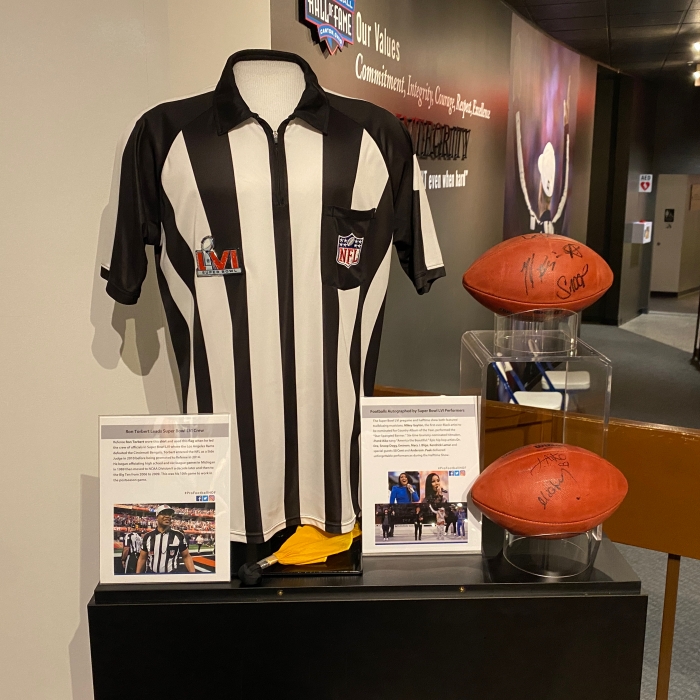 In a continued tradition of collecting footballs signed by the national anthem performer and the halftime performer(s) of the latest Super Bowl, autographed footballs from Super Bowl LVI have made their way to Canton.

The Super Bowl LVI halftime show marks the first time hip hop artists were featured as the main act. It was also the first time since 2012 that five musical artists (not from the same band) performed together on the same stage.
Previous Article

The Mission: ‘After the Knock’ features Charles Haley

Start Time for Class of 2022 Enshrinement Set for Noon on Saturday, Aug. 6