As the Pro Football Hall of Fame ramps up for one of the greatest gatherings in HBCU football, the newest episode of "The Mission" is now available. 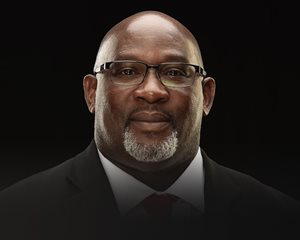 Massey shares his mission and vision for Winston-Salem State University’s football program. He was drafted in the second round of the 1989 NFL Draft by the New Orleans Saints, where he had an immediate impact. He was named to the All-NFL Rookie Team. Four years later, Massey was selected to play in the 1992 Pro Bowl as a member of the Phoenix Cardinals. He retired from the NFL after 10 years, playing his final season as a New York Giant.

“I am humbled to be in this position, and I’m grateful,” said Massey. “Being named the 10th head football coach in the storied history of the school, I don’t take this opportunity lightly and we are going to work hard to get us back to where we belong: winning championships.”

“We are going to Protect the Legacy,” Coach Massey concluded.

This digital map can help you navigate your way around the exhibits at the Pro Football Hall of Fame.