The things I cherish most, are the Olympic medals and the Hall of Fame. In the Olympics you’re competing against the best there are. It isn’t the Iowa State Fair. It’s the world championship. The Hall of Fame is the same. Think of the hundreds of thousands who have played football. Think of the thousands who have played pro football. And you’re one of 74 who made it.” 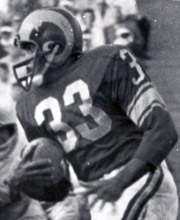 When Ollie Matson first signed to play with the Chicago Cardinals in 1952, he was hailed as the fleet-footed ball carrier that would hopefully lead the Cardinals out of pro football’s basement.

Seven years later, when traded by the Cardinals to the Los Angeles Rams for an unprecedented nine players, he was tabbed as the star that could give the Rams a long awaited championship. Through no fault of his own, Ollie did neither. Yet little of the luster was lost from one of the most brilliant pro football careers ever.

Obviously, the greatness Matson achieved on National Football League gridirons must be considered an individual accomplishment. He never enjoyed the winning team momentum to carry him along and only two of the 14 teams on which he played finished over the .500 mark. Enemy defenses almost always concentrated on him alone. Yet his career record is exceptional.

Altogether, he gained 12,844 yards on rushing, receptions, and returns. He rushed for 5,173 yards and caught 222 passes for another 3,285 yards. He scored 40 touchdowns running, 23 on receptions, 9 on kick returns, and one on a fumble recovery.

Matson, an All-America college star at the University of San Francisco, was the Cardinals first-round draft choice in 1952. He delayed his pro signing so that he could compete as a member of the American track team in the 1952 Olympics. He won a bronze medal in the 400-meter race and a silver medal from the 1,600-meter relay. When he finally joined the Cardinals he experienced a sensational rookie season.

Then military service interrupted his career for a year but, once back in a football uniform, he was an All-NFL performer, year in and year out. During his 14 pro seasons Ollie earned first- or second-team All-NFL honors six times and was selected to play in six Pro Bowls.

Ollie Matson never played in a championship game during his pro football career.

Earned Honor as a Defensive Back

(at time of his retirement following 1966 season)

(Records through the 1962 season, Matson's final season with Los Angeles) 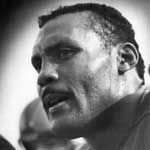 Drafted: 1st round (3rd player overall) in 1952 by Chicago Cardinals

Today I stand before you a proud and happy man. I'm filled with pride because it is my pleasant duty to introduce to you shortly, honored enshrinee, Ollie Matson. Ever since Matson enrolled at the University of San Francisco in 1949, news writers have searched for adjectives to describe this man. The fleet-footed Ollie Matson, winged- footed Ollie Matson, mercurial Ollie Matson, Matson the magnificent. I know that Matson has thrilled many with his long runs and his great exploits on the gridiron.

In 1952, he entered the National Football League as the number one draft choice. For 14 years he faced the most difficult competition in the country. And, believe me, I think that Matson has the respect of each and every teammate and each and every competitor that has ever faced him in competition. I can't
help but tell you that this is an All-American, an All-Pro and the type of man that brings glory to each and every one that has ever been associated with him.

The record books are filled with the exploits of Matson. I don't intend to stand here and tell you his accomplishments from 1952 through 1966 when he retired. Everything is in black and white. The Hall of Fame has written each and every escapade and recorded very carefully each and every yard he has gained and each touchdown he has scored.

But, as I have said many times in the age of the specialists, Matson was the complete football player. He was a specialist, sure.  But he was a specialist in any position on the field.  I have admired this young man.  I have applauded each and every exploit that he has had on the gridiron, but I must go beyond that. This is a true American example of the type of young man that should compete in football that should represent his country in any and every endeavor. I salute Ollie Matson for all of these reasons and I know that his teammates those at the University of San Francisco from ‘49 through ‘51, and those that were his teammates in Chicago, Los Angeles, Detroit, and Philadelphia stand today in reverence of a great professional football performer, but a true All-American man. 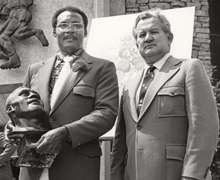 I give you honored enshrinee, Ollie Matson.

Ollie Matson:
You know today as you are standing here and sitting, and I'm standing here when I approached Canton, Ohio, the first time we landed I felt proud. I felt proud because we were coming into a city that I had never been in before and the warmth and the welcome — it was so great. As I look over this audience, I think of my family which is here today and of the many friends that are here also. It is not an easy thing to talk especially when you have a group like this that is honoring Ollie Matson. But, I will attempt in my own way of telling you why I'm here today.

When I was a youngster, I didn’t have the money, my family didn't have the money to buy a football. We had to take a can and wrap it up and we played with it. So in playing with this can, I used to tell my mother, ‘I'm going to be a football player.’

My mother had different aspirations. She said, ‘No son, you are going to be a doctor.’

I said, ‘No, I can’t be. I want to be a football player.’
So we went on and I proved to her that I was a football player. But, I think the most significant thing in my life is that there were many people that I have met that had the faith and courage that I could do a lot of things.

And, I would like to talk now about making the 1952 Olympics. I know many of you know or remember a man by the name of Dink Templeton. The late Dink Templeton. Dink told me, he said, ‘Ollie Matson, you will never make the ‘52 Olympics because you have been playing football for four years.' He said, ‘those fellows that have been training for four years,’ he said ‘their legs are trained to run and your legs are not.’

And Dink looked and he smiled and during that time I worked hard, honestly, diligently, because I had missed the Olympics in 1948 by one. I came in fourth and this eliminated me. And, I made it up in my mind then that Ollie Matson was going to make the ‘52 Olympics. So, I was fortunate enough that I had a man by the name of Mr. Jim Houston that came into the room and picked me up literally because I was on the outside lane, and I wasn't accustomed to running the 440. So he said, ‘Ollie,’ he said, ‘your race is coming up’.

He said, ‘Look Ollie, I’ll lead you out there.’

So he did. He led me out there to my lane and I ran and I came in third. And in coming in third when you make the Olympic team in America, you have just about whipped it.

And, I said then, ‘I'm going to be a winner of some type of medal.’

So when I got there my mother went with me which I was fortunate that I've always had somebody that no matter how many people were in the stands or where they were, there was one person – that was my mother.

So, when I got there, they were standing over there together – Dink and my mother. And, Dink told my mother, ‘Go over and tell Ollie that we are proud of him. He’s come a long ways and no matter what happens we are with him.’

So I looked across the table from my mother and said, ‘Look, mom, I know who you have been talking
to,’ I said, ‘now you go back and you tell Dink that I said there is only three places on the victory stand and I'll be there – one, two or three.’

So, fortunately I did come in third and they were sitting together in the stands and I walked up to Dink and I gave Dink the medal and I gave my mother the flowers and I looked at them and I said, ‘You
know, Dink there is one thing in life that I guess that you must have forgotten and that was this. When a man wants to do something and he has worked diligently, honestly and sincere as I did,’ I said, ‘you can’t stop him. There has to be a way.’ And I said, ‘I had the courage.’

I came right back after the Olympics and joined the College All-Stars. They had a few days in before I got there...
(audio recording interrupted for approximately two minutes)
…God almighty and get out there and work honestly and diligently.  And as I look through the stadium here today I see quite a number of young people and I would like to say to you, don't quit. Don't always go and ask for something without working for it. Because this life is not that way, you only get out of life what you put into it. And I put a lot in it, and now, I'm receiving a lot.

Another thing I would like to say at this moment as I look at my wife, I have four youngsters, she is going right along as my mother did with me, pushing them to know that you can make it if you try.

And as I close today, I would like to say this. I have many many youngsters in Los Angeles High School. And I have, I would consider a young principle, Elroy McLaughlin.  He and I share in many many moments of quietness and talk about young people. And I enjoy talking with his young man because his ideas are the same as mine. And I tell my young people this, don't come to me unless you want to work. This is where it is. Football can enable you to do many things.

And I looked at that young man because I knew that he possible didn't know what he was saying. And I said, ‘Son, look. I hope that you can make it next year, but it took me 26 years.’

So, as I close to you many many people and fans that I have thrilled and believe me you have thrilled me because when I was driving down the street and I saw all the people that were out there, and they were yelling and hollering ‘Ollie Matson.’  This made me feel ‘well Ollie Matson, maybe you have done something and continue to do what you know you can do and above all always have faith in the good Lord and he will see you through it.’