The Raiders began play in the American Football League in 1960.  By 1965, the team established itself as one of the dominating forces in professional sports.  Beginning that season, the Raiders recorded winning records in 19 of the next 20 seasons.  Over the years, the Raiders have qualified for the post-season often and captured three Super Bowls championships – XI, XV, and XVIII.

The Raiders have been among the great franchises of all-time. 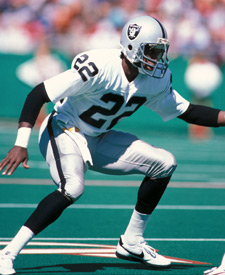 Visit the team website for a comprehensive look at the great plays and games by some of the NFL's all-time great players.  Click here.>>>