Bill Parcells has left an indelible mark on the game of football. It’s been more than a decade since he coached his last football game. Yet, his coaching tree is still flourishing and will be on display this weekend as Bill Belichick and Sean Payton coach in the National Football League’s divisional playoff round. 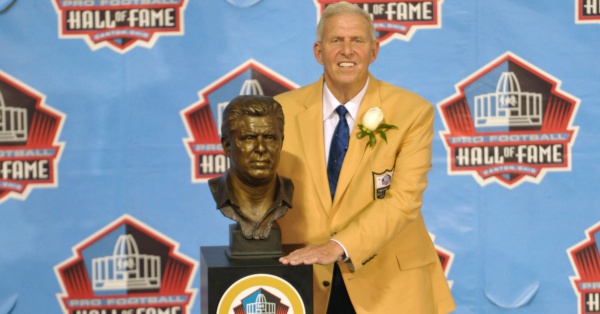 The “Big Tuna,” as he affectionately became known, grew up in New Jersey. His father played quarterback for Georgetown. His love of sports was evident from an early age and he became a three-sport star in high school. As a freshman in college, Parcells was offered a contract by the Major League Baseball’s Philadelphia Phillies, but turned it down because his father didn’t what him to pursue a career in sports.

After one year at Colgate, which wasn't far from his hometown, Parcells followed some friends to what is now known as Wichita State (until 1965, the school was called Municipal University of Wichita).

He joined the football team and his demeanor as a player was quite similar to the reputation he developed as a Hall of Fame coach. In three seasons (1961-63) as a linebacker for the Shockers he was regarded as no-nonsense and “hard-nosed.”

Parcells was key contributor to the squad during his first season of play. That year, they won the Missouri Valley Conference Championship. The Shockers earned a bid to the Sun Bowl where they fell to Villanova, 17-9.

He was named all-conference twice and also played in the Blue-Gray and Senior Bowl games. Perhaps his shining moment came in one game against Tulsa when he was credited with 20 solo tackles and six sacks.

The Detroit Lions used their seventh-round pick, the 89th overall, in the 1964 NFL Draft on Parcells. He opted not to play pro football. Rather, he immediately embarked on a career in coaching.

Parcells is the only coach in NFL history to lead four different franchises to the playoffs. The Class of 2013 Hall of Fame coach appeared in three Super Bowls, winning two with the Giants (Super Bowls XXI and XXV) and coming up just short with the Patriots (Super Bowl XXXI). Overall, Parcells registered a combined regular season and playoff record of 183-138 and was named the NFL’s Coach of the Year two times (1986 and 1994).