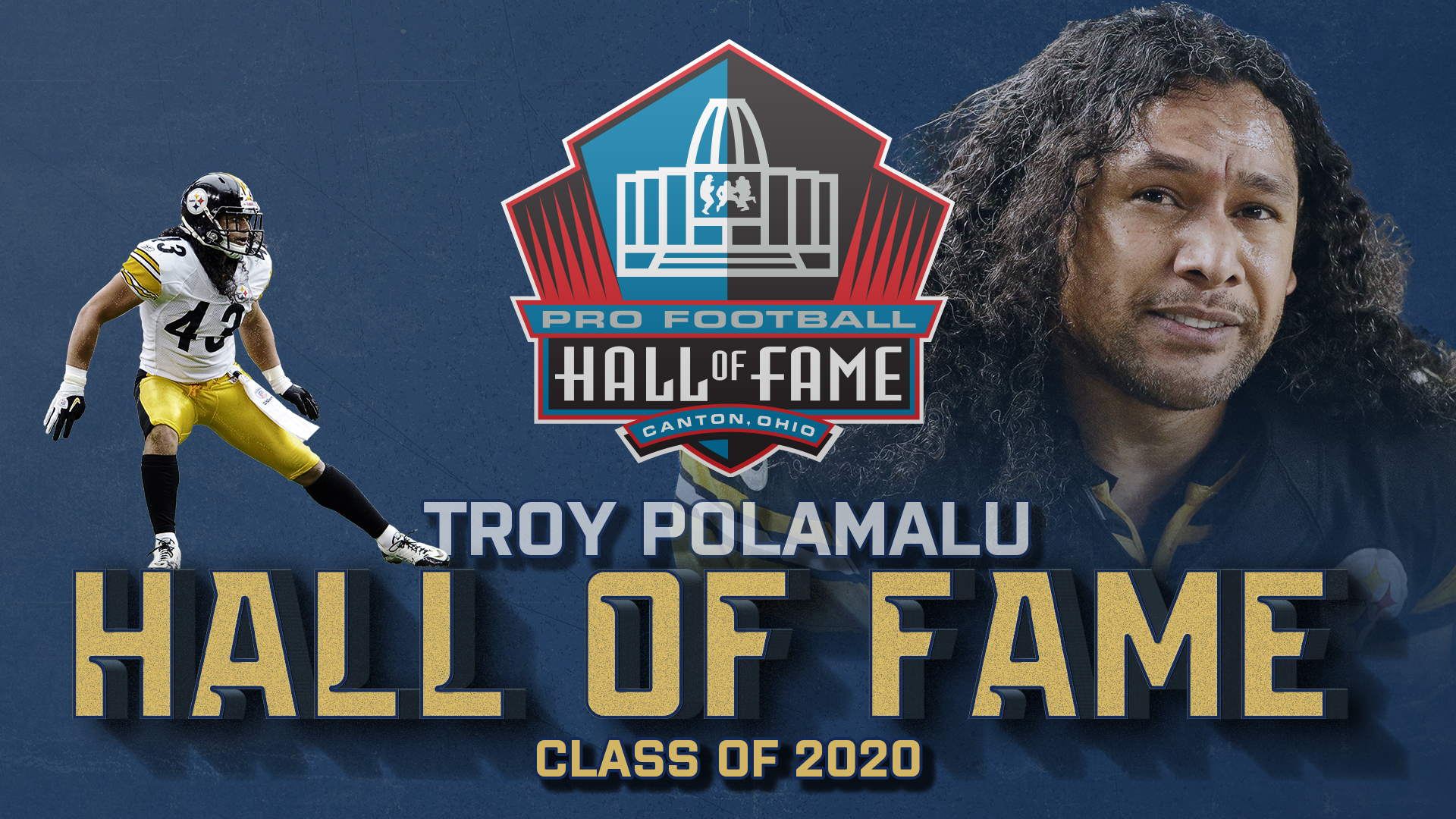 In honor of the Pro Football Hall of Fame Class of 2020, we are turning back the clocks and looking at the collegiate careers that set the foundation for these future Hall of Famers.

First up on the list is Pittsburgh Steelers legend Troy Polamalu, who first rose into the national spotlight during his four seasons at the University of Southern California from 1999-2002.

Before Troy Polamalu, with his luscious locks, became one of the most feared safeties ever to play in the NFL, the California-born ballhawk was tearing it up in Los Angeles for the USC Trojans.

Polamalu came to USC in 1999 after spending his high school career playing at Douglas High in Winston, Oregon. During his first year on the team, he switched between safety and linebacker while the coaching staff tried to decide which position was a more natural fit with his talents. Even with the constant position switching, Polamalu was able to record two sacks and two forced fumbles in just eight games.

His sophomore campaign saw Polamalu solidify his role at starting safety, the position he would hold for the rest of his career. In his first game as a starter, Polamalu returned a 43-yard interception for a touchdown in a 29-5 win over Penn State. Polamalu finished the season with two total interceptions and started all 12 games in what turned out to be a disappointing 5-7 season for the Trojans.

The 5-foot-10 safety’s third season at USC was his best as he amassed three interceptions and two touchdown returns, which led the Pac-10. While the Trojans went an unimpressive 6-6, Polamalu dominated in his first season as a team captain.

Polamalu’s senior year at USC was the Trojans’ most successful during his four-year tenure, as USC went 11-2 and won the Orange Bowl against Iowa. In his final season in Los Angeles, Polamalu recorded 68 total tackles, three sacks, nine tackles for loss, one interception and three forced fumbles.

After a prolific run at USC, Polamalu made the jump to the pros in the 2003 NFL Draft.

Polamalu was selected by the Pittsburgh Steelers with the 16th overall pick in the draft and spent all 12 professional seasons in black and yellow. He finished his career as a 2-Time Super Bowl champion and 8-Time Pro Bowl selection.

All Hall of Famers from USC

See Troy Polamalu Get Enshrined into the Hall of Fame