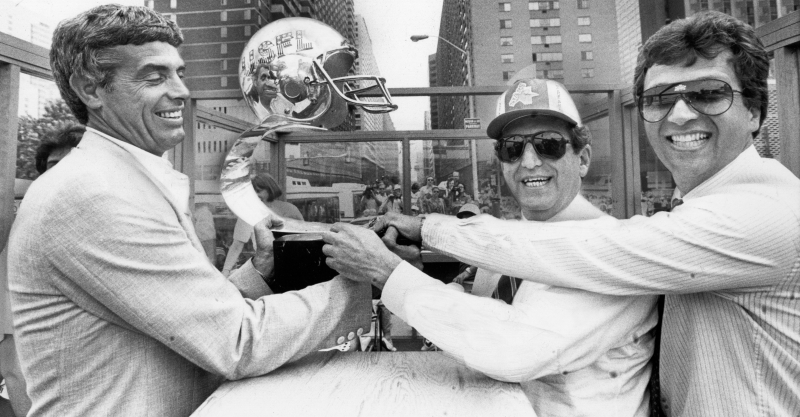 The newly formed United States Football League launches April 16 with eight teams playing all of their regular-season games in Birmingham, Ala., over 10 weeks.

The latest venture into spring football then will make its way to Ohio early this summer, with the city of Canton hosting the USFL’s playoffs starting June 25 at Tom Benson Hall of Fame Stadium.

Despite playing all their games in Alabama, the teams are branded to various U.S. cities, and some of them are callbacks to the original USFL, which folded in 1985 after three seasons.

Multiple spring leagues have attempted to form in recent years, but none has made it to their postseason.

The original USFL operated for three seasons (1983-85) before folding. The league played its games during the spring and summer months, opposite of the National Football League’s regular season.

In 1985, the USFL announced it would play one more season in the spring, then switch to a fall schedule in 1986. It also announced it would sue the NFL for $500 million on anti-trust grounds. Throughout the 1985 season, attendance and television ratings for the USFL declined, and league officials started pinning their financial hopes on their lawsuit against the NFL.

The USFL argued that the NFL was blocking its efforts to get a contract to broadcast games in the fall on one of the three major television networks (ABC, NBC and CBS).

The jury found that the NFL did hold a monopoly of power in pro football but the USFL’s real problem was its own mismanagement.

Without a major jury award (the result was $1 for every season the USFL had played), the USFL suspended operations and appealed. In 1988, an appellate court affirmed the ruling, and the USFL folded.

The Hall’s world-class collection includes many artifacts and documents from the USFL. Nine Hall of Famers played, coached or administered in the league. Among the pieces of USFL history in the Hall’s archives: the USFL championship trophy as well as the Gamblers jersey and helmet worn by Hall of Fame quarterback Jim Kelly.

The trophy is an interesting piece.

It was designed as a one-of-a-kind award that would be passed to the annual winner of the USFL Championship Game. Similar to the National Hockey League’s Stanley Cup, the reigning winner was able to cherish the trophy until it was passed to the next champion.

The USFL championship trophy was first awarded to the Panthers after their 24-22 victory over the Stars on July 17, 1983.

Carl Peterson, who took possession of the trophy as general manager of the then-Baltimore Stars when the team won the final USFL Championship Game on July 14, 1985 with a 28-24 victory over the Oakland Invaders, was left to care for and preserve the trophy when the league folded.

It was donated and became part of the Hall’s permanent collection in 2018.

This summer, the new USFL will crown a champion in Canton, and the Pro Football Hall of Fame will be able to shine a light on the historical impact of the original USFL and its players, coaches and contributors.

Pro Football Hall of Famers who played, coached or contributed in the original USFL: