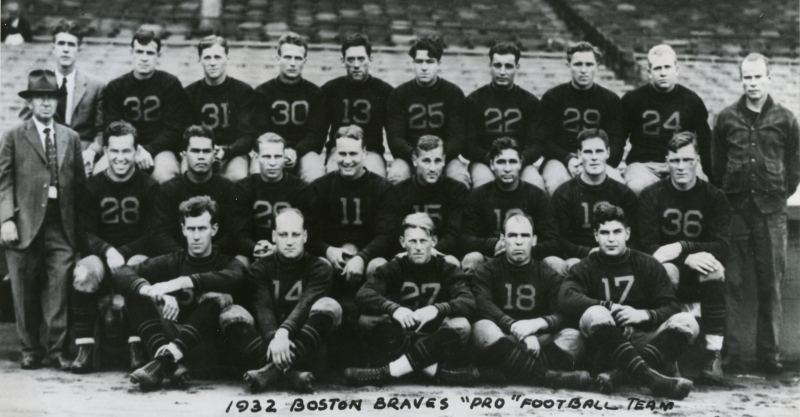 On July 23, 2020, after nearly 90 years in existence, Washington’s National Football League franchise announced it would retire its previous nickname and would be called “Washington Football Team” pending the adoption of a new name.

The team received more than 5,000 submissions for a new name within the first week of the announcement and continued to receive thousands of suggestions over the next several months.

Finally, the game plan for a new name in Washington is upon us. After more than a year and a half, the team will unveil and launch its new identity for the fans, the players and the future on Feb. 2. This will kick off the next chapter in Washington football.

Let’s go back to where it all began. 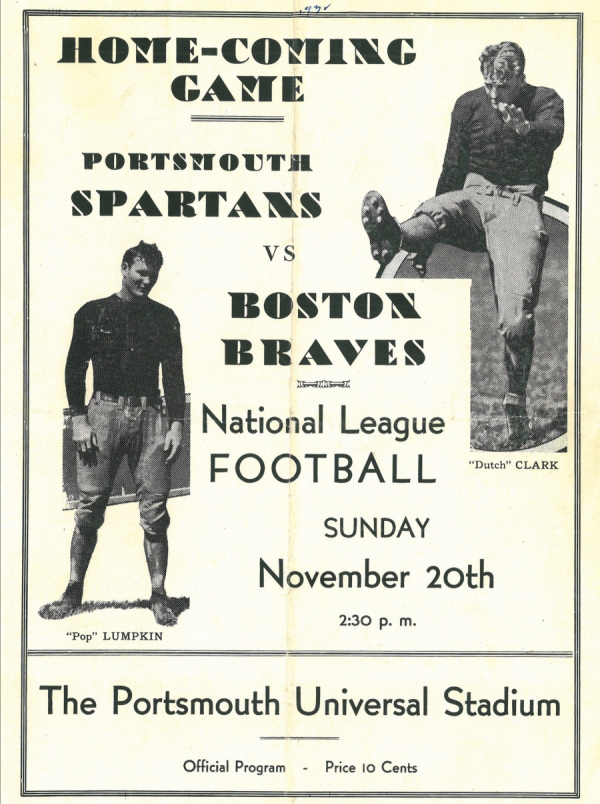 Despite the presence of two rookies who would become Hall of Famers – halfback Cliff Battles and tackle Glen “Turk” Edwards – the new team lost money, and Marshall was left as the sole owner at the end of the year.

Marshall decided to move to Fenway Park in July 1933 and changed the name to Boston Redskins.

A bizarre situation occurred in 1936, after Marshall’s team won the NFL’s East Division.

The Redskins were set to host the NFL Championship Game. Unhappy with the fan support in Boston, however, Marshall decided to move the game against Green Bay to the Polo Grounds in New York. Not surprisingly, with their home field advantage taken away, Boston lost the game.

Marshall then moved his team to Washington, D.C., for the 1937 season.

Games were played in Griffith Stadium with the opener, on Sept. 16, 1937, played under flood lights.

That year, Marshall created an official marching band and fight song, both firsts in the National Football League.

That season also saw the debut of future Hall of Famer “Slinging Sammy” Baugh, a quarterback from Texas Christian who literally changed the offensive posture of pro football with his forward passing over a 16-season career.

In their first season in Washington, Baugh and the team won the NFL championship against the Chicago Bears, 28-21, at Wrigley Field in frigid weather.

Washington opted to practice outside in Chicago the day before the game to get used to the weather. The Bears chose to practice indoors. Temperature at kickoff was 15 degrees, and most linemen wore fleece-lined cotton gloves. The ice-coated field made it difficult to run the ball even though both teams wore rubber-soled basketball shoes to gain better traction.

Washington’s rookie quarterback overcame the difficult conditions and threw for 345 yards, including three TD passes in the third quarter, to give his team its first NFL title.

Baugh’s favorite target was Hall of Famer Wayne Millner, who totaled 160 yards on nine catches with touchdowns that covered 55 and 78 yards. The Redskins’ defense held their ground late in the game when the Bears twice turned over the ball on downs deep in Washington territory.

Washington would win five NFL East Division titles and NFL championships in 1937 and 1942 during Baugh’s tenure.

For years, Washington embraced being the southernmost NFL franchise. In 1944, the team formed a radio network to broadcast games throughout the southern United States.

By 1950, all Redskins games were televised over a network of southern stations, thus making Washington the first NFL team to have an entire season of televised games.

In 1969, the legendary Vince Lombardi was hired and guided Washington to its first winning record in 15 years. Tragically, he died of cancer before the 1970 season.

Hall of Famer George Allen took over as head coach in 1971 and led Washington to 69 victories, five playoff appearances and the 1972 NFC championship in his seven seasons.

Joe Gibbs, who led the Redskins from 1981 to 1992, ranks as the most successful coach in Redskins history with a 140-65-0 record that produced eight playoff appearances, five division championships and victories in Super Bowls XVII, XXII and XXVI.

The Hall will continue to preserve the great history of this franchise and all its players, coaches and contributors for generations to come.