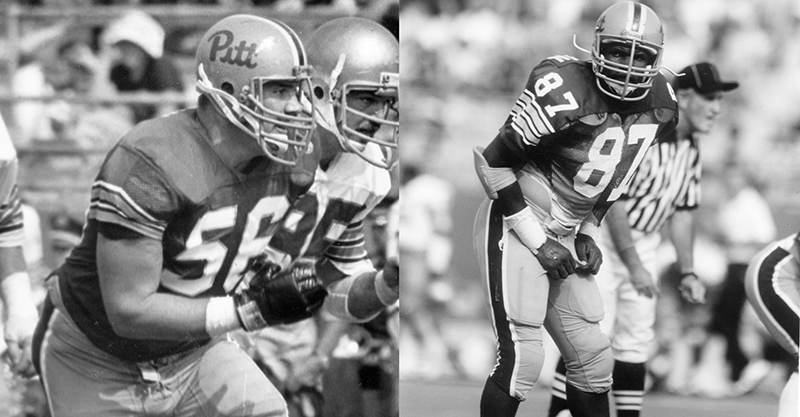 By Jon Kendle
Special to the Canton Repository

As the 2022 National Football League Draft officially opens this Thursday in Las Vegas, it brings to mind a special draft-related distinction held by only four NFL legends.

Russ Grimm and Rickey Jackson represent one of only two tandems who were elected to the Pro Football Hall of Fame in the same class (2010), played together in college (University of Pittsburgh) and were drafted in the same year (1981).

The other pair: Gino Marchetti and Ollie Matson. They played together at the University of San Francisco, were drafted by the New York Yanks and the Chicago Cardinals, respectively, in 1952 and were elected to the Pro Football Hall of Fame in 1972.

Originally, Grimm was recruited to Pitt to play linebacker. That quickly changed, however, when he arrived on campus in 1977 and realized there was a glut of players at that position. He noticed a need at center and made the switch.

“I wanted to play,” stated Grimm when asked why he made the position change. “We needed depth at center.”

Jackson earned the childhood nickname “City Champ” because of his clutch performances in an array of different sports. He was an all-state pick three times in football and twice in basketball at Pahokee (Fla.) High School. He also lettered in baseball and track. 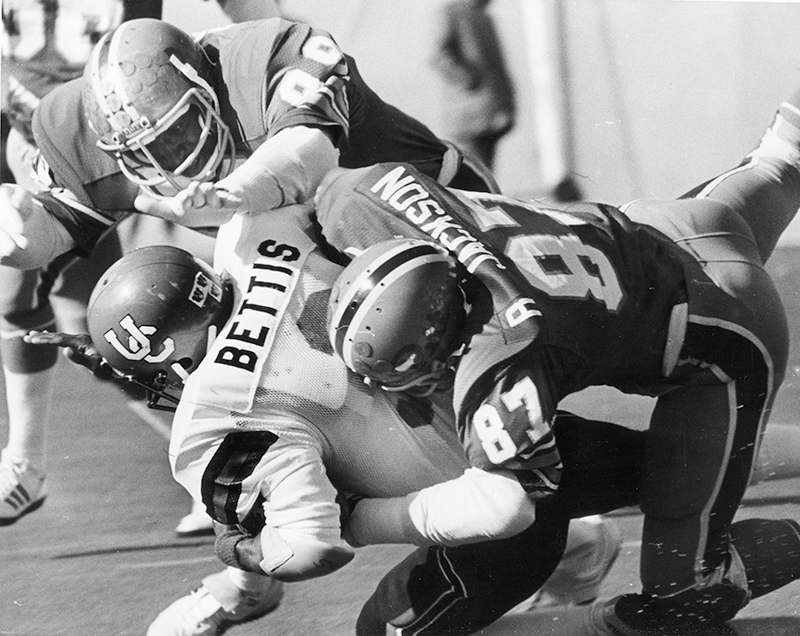 Pahokee was a relatively impoverished school district. As such, film of Jackson’s play on the football field was limited, but his talent wouldn’t be denied.

His coach drove to Miami and pitched his star player at a coaches’ convention. Jackson’s athletic talent landed him a chance to play for Pitt, the defending national champions, where he would star as a defensive end.

Although teammate Hugh Green received much of the publicity, it was Jackson who led the Panthers’ No. 1-ranked defense in tackles during his senior year. He then played in the Senior Bowl and earned defensive MVP honors in the East-West Shrine Game. Reports leading up to the ’81 draft projected Jackson as a first-round outside linebacker.

The 1981 NFL Draft was held April 28-29 at the New York Sheraton Hotel in New York City. Seven Hall of Famers would be drafted over the course of those two days, and one more player (the Class of 2022’s Sam Mills) would go undrafted, When the dust settled, Jackson (second round, 51st overall) and Grimm (third round, 69th overall) were selected later than they had expected but were ready to make their mark in the NFL.

The 1981 draft class was rich in talent at the linebacker position. Four went in the first nine picks. Eight linebackers would be drafted before the New Orleans Saints chose Jackson, using a pick acquired through a trade with the San Diego Chargers for running back Chuck Muncie.

“We had him rated a lot higher and were really excited to get him that late,” Saints head coach Bum Phillips said.

Jackson played longer (15 seasons) than any of the eight linebackers chosen before him, including Hall of Famers Lawrence Taylor and Mike Singletary.

“I always approached the game the same way – to win,” Jackson once shared in an interview following his playing days.

Washington traded its first-round pick in the 1982 draft to the Los Angeles Rams in order to move into the third round to select Grimm.