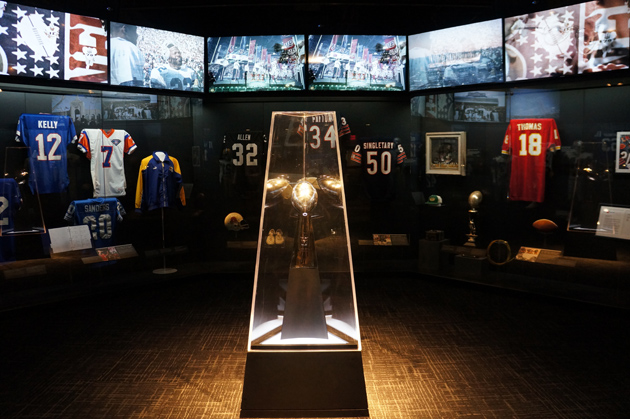 This interactive multimedia experience also includes new material from NFL Films, immersive fan experiences and a specially-designed “Hometown Tribute” section to spotlight the local team. There is also specially-made educational programming, an on-site retail element and Hall of Famers themselves will make special appearances throughout its run.

The exhibit is now on display in Miami, FL at the History Miami Museum (September 28, 2019 - February 9, 2020). Previous stops for the exhibit included the Senator John Heinz History Center in Pittsburgh, Pa. where it debuted from Oct. 2012 through Jan. 2013. It then traveled to the National WW II Museum in New Orleans from Jan.-May 2013, the Missouri History Museum from May-Sept. 2013, the Liberty Science Center from Sept. 2013-March 2014, the Frazier History Museum in Louisville, Ky. from May-August, 2014, the Henry Ford in Dearborn, Mich. from Oct. 2014-Jan. 2015, the Arizona Science Center in Phoenix, Ariz., Kansas City at Union Station, Triton Museum of Art in Santa Clara, Cali, the VA Historical Society in Richmond, VA. and Minnesota History Center in Minneapolis/St. Paul, Minn. 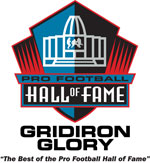 The exhibit will be hosted by many of the nation's top cultural, educational and sports venues and spend between three to six months in each city. Additional venues and schedules will be added in the coming months.

What People Are Saying>>> 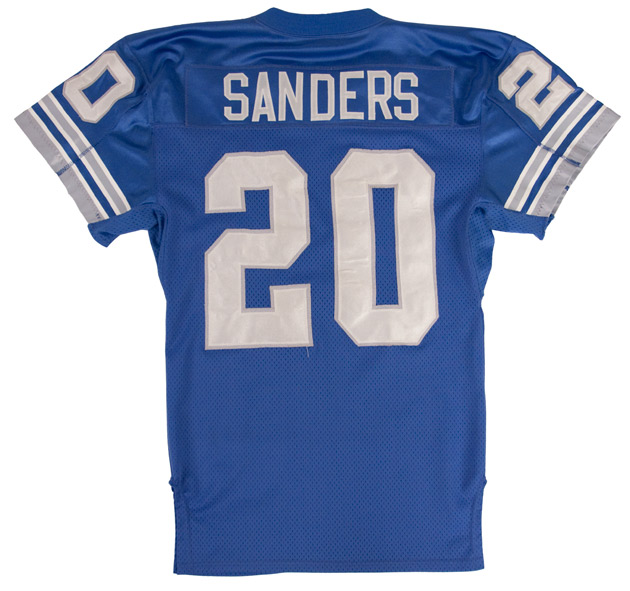 Hall of Famer Barry Sanders, one of many legendary stars featured in the exhibit, is the national ambassador for Gridiron Glory.

"Football wasn't always this big, glamorous conglomerate – it's much more than just what you see on Sundays," say Sanders. "This gives you a taste of what you experience in Canton, but it really tells a remarkable story of the game --   how it's evolved and how it's found a place in the conscience of the nation."

“We’re always looking for new and innovative ways to extend the experience of the Hall of Fame beyond our walls in Canton,” said Joe Horrigan, Executive Vice President at the Pro Football Hall of Fame. “Gridiron Glory is designed to galvanize fans in a compelling way and provides a perfect platform for us to reach new audiences."

Among the hundreds of Pro Football Hall of Fame artifacts on display is Sanders’ game worn jersey from 1997 when he became only the third player in history to break the 2,000-yard rushing mark. Also on exhibit is one of the Hall of Fame’s rarest documents, the 1892 accounting ledger from football’s first paid player that is regarded as pro football’s “birth certificate.”

A sampling of other mementos on exhibit in Gridiron Glory include (Also see video above):

Gridiron Glory is a production of Pro Football Exhibits, LLC, owned and funded by Algonquin. The exhibit is designed by Gallagher & Associates, while Evergreen Exhibitions spearheads all aspects of venue sales and Event Network serves as retail designer and operator. This producing team has developed many world class museums and exhibits including the Grammy Museum, Rock and Roll Hall of Fame, International Spy Museum, Kentucky Derby Museum, Academy Awards Museum and The Mob Museum. 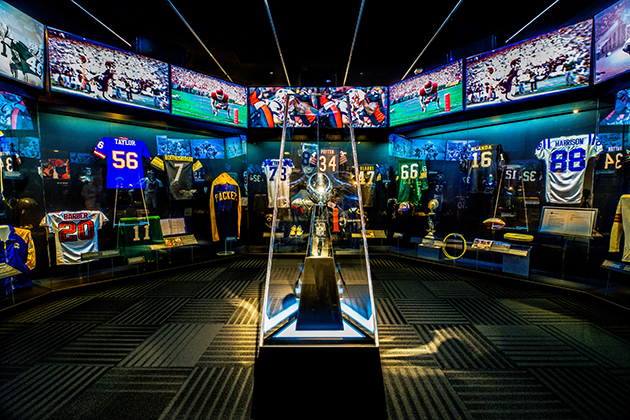 In association with NFL Films, Gridiron Glory presents an interactive multimedia experience with a panoramic view of the story of professional football – from its modest beginnings in the late 19th century to the terrific cultural sensation it is today.

Artifacts include such historically remarkable items as the Vince Lombardi Trophy; a 1917 ball used by NFL’s first star JIM THORPE and the Canton Bulldogs; a football and leather helmet dating to the earliest origins of the game; Tom Dempsey’s famous show created for his half foot; and turf from the “Immaculate Reception” game in Pittsburgh.

The exhibit, located at The Avenue at Broadway, South Carolina’s No. 1 tourist destination that attracts millions of visitors annually, provides extremely entertaining experiences that allow visitors to connect with the science, history and culture of football. It also features a retail store with exclusive Hall of Fame Myrtle Beach merchandise. For exhibit details, visit HOFMyrtleBeach.com. 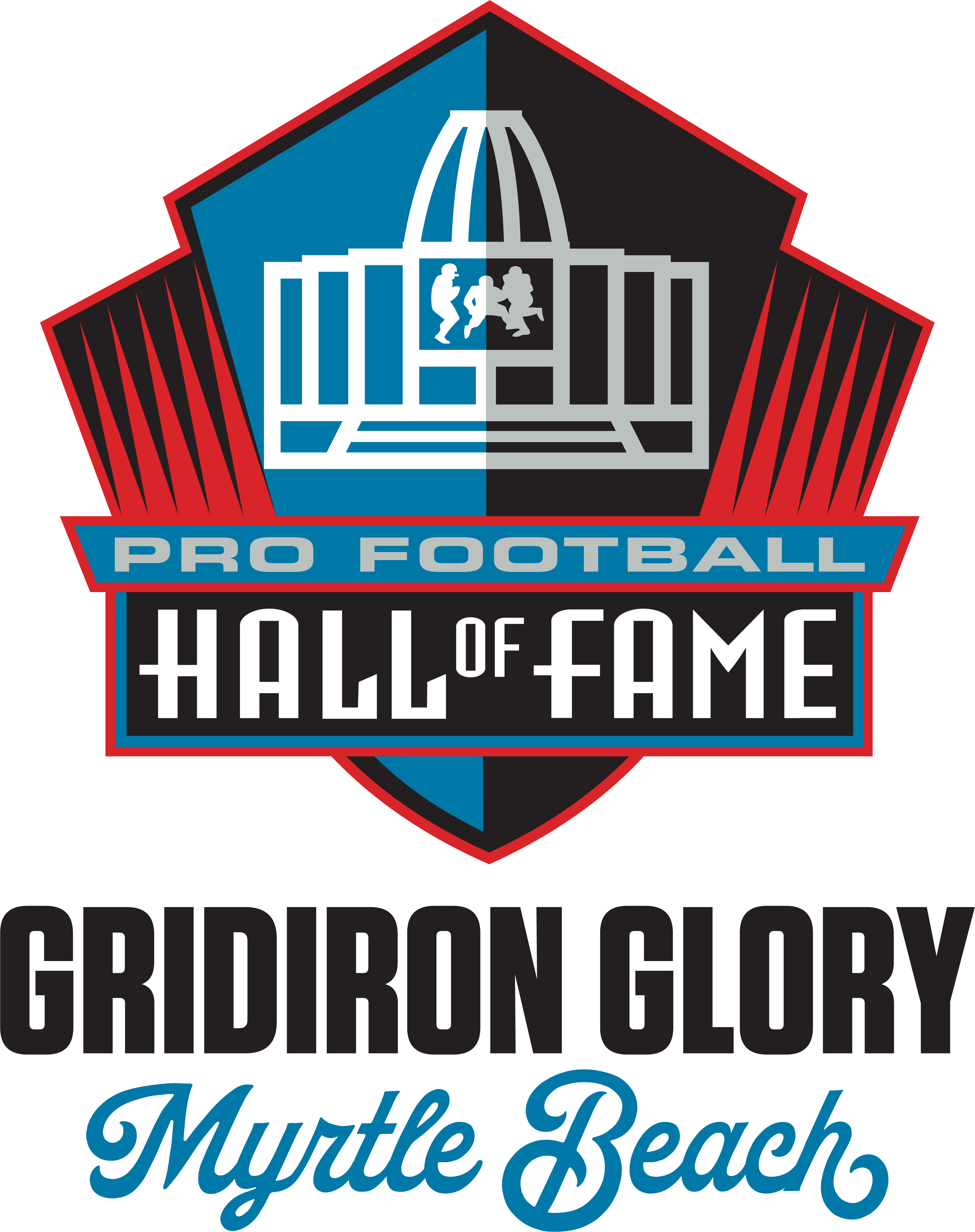