This is one of the few remaining copies of the game program from the NFL's first-ever playoff game. The program was salvaged from the remains of a fire that broke out at the Chicago Bears offices in the 1960s.

The Bears hosted the Portsmouth Spartans (who later became the Detroit Lions) in a one-game playoff game to determine the NFL champion in 1932. 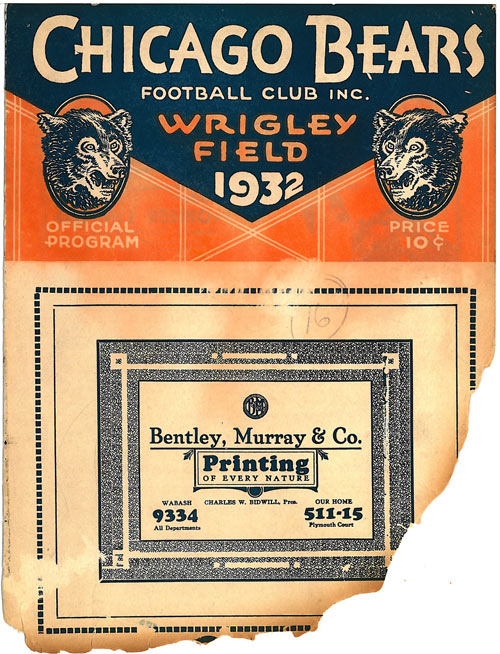 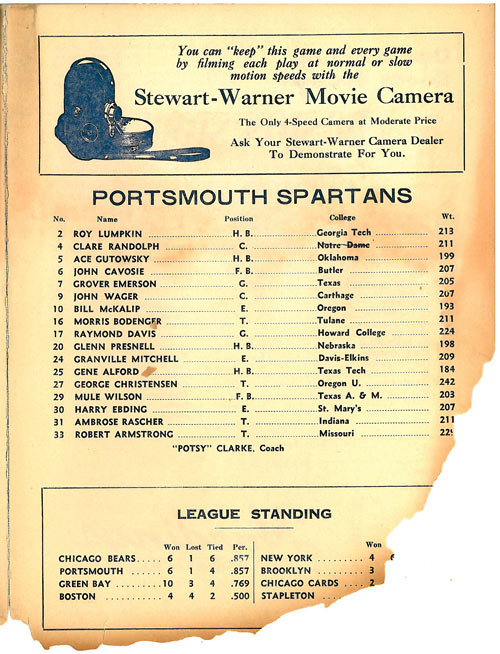 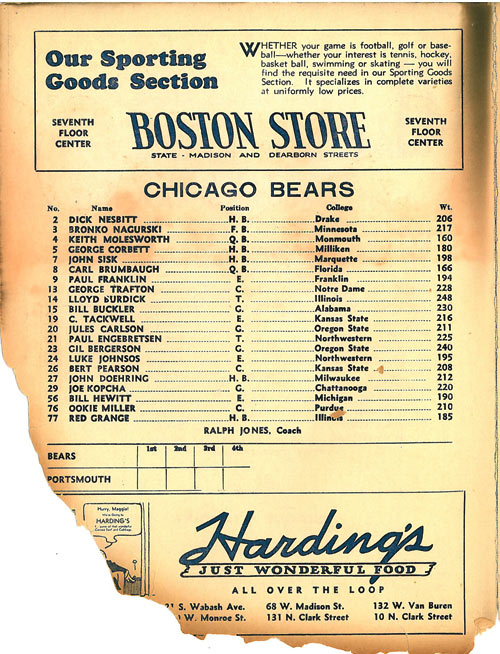 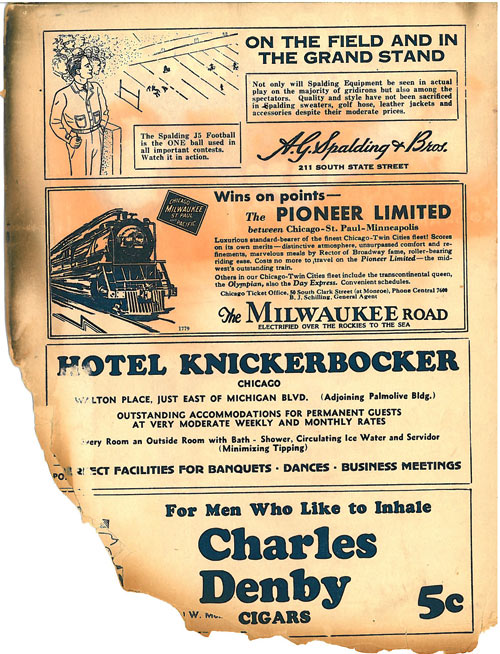