This accounting ledger from a game played on November 12, 1892 in Pittsburgh is the first documented proof that a player was paid to play football. Note the line item that shows William "Pudge" Heffelfinger was paid $500 to play in the game. Apparently, he was well worth it, as the Alleghany Athletic Club defeated the Pittsburgh Athletic Club, 4-0. Heffelfinger recovered a fumble and returned it for a touchdown for the game's only score. Touchdowns were worth just four points in 1892. 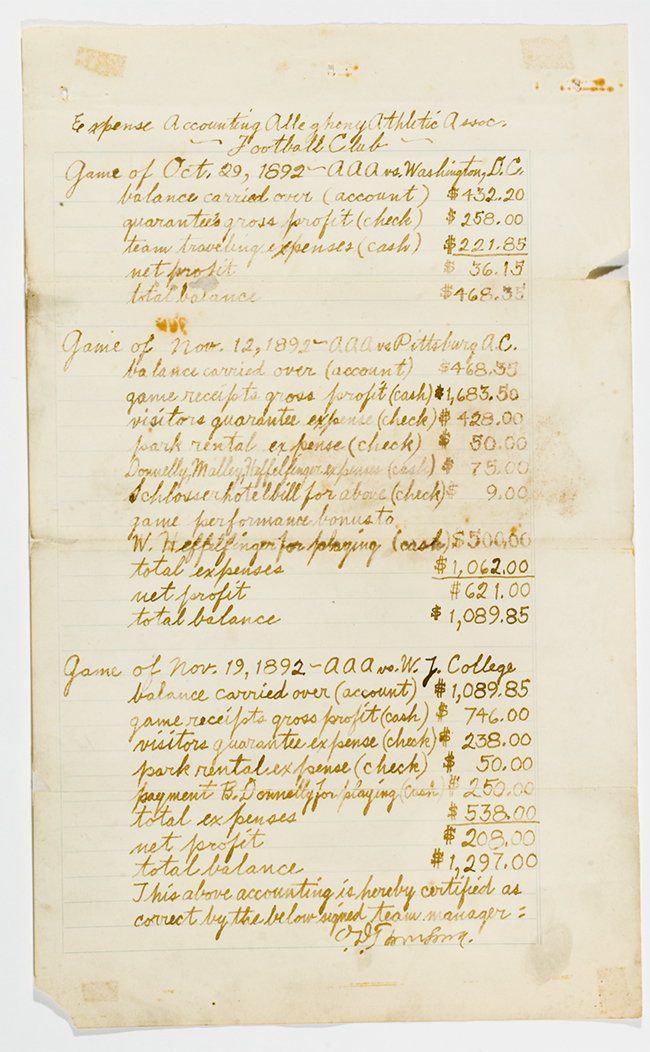