Thanksgiving and the NFL

Thanksgiving Day football, once a tradition among the high schools and colleges of America, has more or less faded into oblivion in most sections of the country.

But it is still alive in the National Football League in two franchise cities, Detroit and Dallas, where Thanksgiving Day football has become a normal, expected way of life.  Beginning in 1966, Dallas has missed playing on the holiday only in 1975 and 1977.

However, when it comes to Thanksgiving Day football, NFL style, most fans first think of the Lions and the tradition that was started in 1934. It was their first year in Detroit after a local radio executive, George A. Richards, had purchased the Portsmouth (Ohio) Spartans and moved the team to Detroit. The Spartans were members of the NFL from 1930 to 1933. 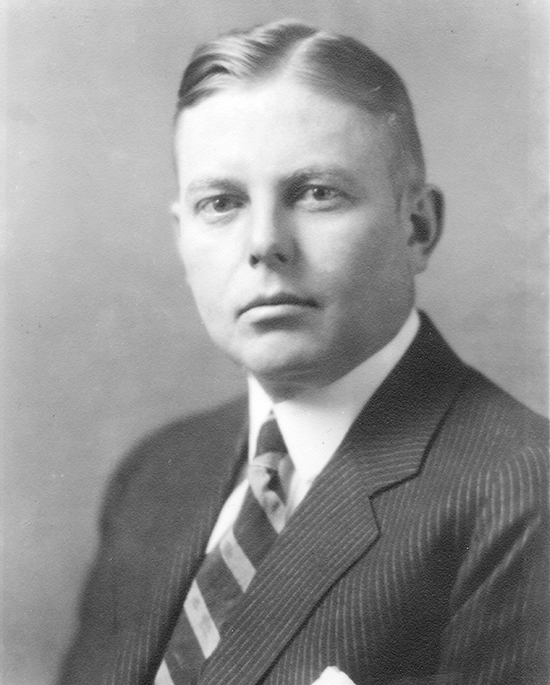 With the Spartans, not only was Richards bringing a proven, quality team to Detroit, he was also bringing at least one super-star, Earl "Dutch" Clark, one of the most versatile backs ever to play the game. Clark had an outstanding supporting cast in the Detroit backfield with a big, talented line anchored by Frank Christiansen.

Even though he knew there was some risk in scheduling a game on Thanksgiving Day, Richards also recognized that his Lions were taking a back seat to the baseball Tigers on the sports pages. So as one way of attracting Motor City fans during the team's first season, he opted for the Thanksgiving Day contest. 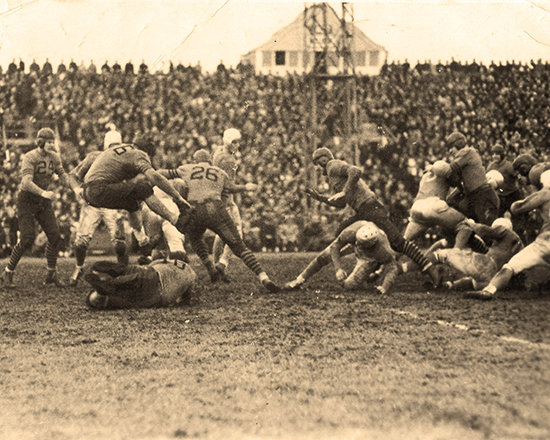 The matchup between the Lions and the World Champion Chicago Bears proved to be an all-time classic. The 1934 Lions had not allowed a touchdown until their eighth game and entered the game with the Bears with a 10-1 record. But with 11 straight wins, Chicago had an even better record. Still a win would put the Lions into a first-place tie with the Bears with only a game left, a repeat clash with the Bears in Chicago, just three days later on December 2.

The 26,000 tickets for the Turkey Day clash in the University of Detroit Stadium, were sold out two weeks in advance of the game. It was estimated that another 25,000 would have attended had there been seats available.

The Bears edged out the Lions 19-16 in the classic holiday struggle and then prevailed 10-7 three days later to clinch the NFL Western Division crown.

Not despondent over the last two losses, Richards reasoned that his team had done well in its first year in Detroit. His confidence was rewarded the next year when the Lions won the 1935 NFL Championship. The key game in the title drive came on Thanksgiving Day, when the Lions defeated the Bears 14-2 to clinch the West championship.

Thus the football-on-Thanksgiving tradition became firmly established in Detroit. With the exception of a six-season gap from 1939 to 1944, the Thanksgiving Day game has been played with no interruptions.

The Detroit Lions Thanksgiving Day heritage gained national attention in another way, starting with the very first game in 1934. Knowing the publicity potential of radio, Richards along with NBC Radio, set up a 94-station network to broadcast the Lions-Bears showdown. The famous announcing team of Graham McNamee and Don Wilson described the action.