Former Arizona Cardinals' safety Pat Tillman was killed in action in Afghanistan. He is the first member of the NFL community to be a war casualty since Vietnam. 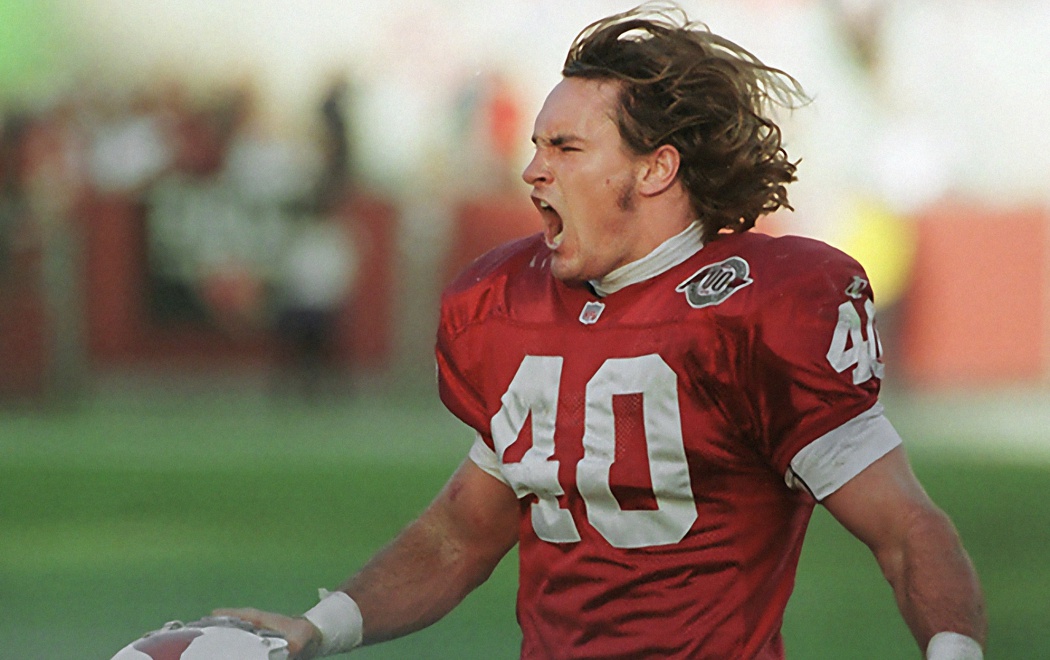 The following is a list of former NFL players, coaches, and team personnel killed in World War II and the Vietnam War.

World War II claimed the lives of 23 NFL men – 21 active or former players, an ex-head coach and a team executive. Listed below are the NFL personnel killed during the war.

Representatives of the Buffalo Bills traveled to the Pro Football Hall of Fame in the fall of 1978, to present the museum with a plaque honoring guard Bob Kalsu, the team’s 1968 Rookie of the Year and former Oklahoma standout. The plaque recognized Kalsu, who entered the Army as a second lieutenant following his promising rookie season, as the only pro football player to lose his life in Vietnam, as a member of the United States military.

The plaque describes how on July 21, 1970, following eight months of heavy combat, Lieutenant Kalsu was killed when his unit fell under heavy fire while defending Ripcord Base on an isolated jungle mountaintop. The Hall was pleased to receive the inscribed tribute plaque and proudly hung it in a prominent place for museum visitors to see and read.

Some 30-plus years since Bob Kalsu’s untimely death, the Hall of Fame learned of a second pro football player, Don Steinbrunner, who died while serving his country in Vietnam. Steinbrunner, an end from Washington State, played offensive tackle in 1953 for the Cleveland Browns.

Steinbrunner, who joined the ROTC while in college, was called to active duty following his rookie season with Cleveland. Upon completion of a two-year tour of duty as an Air Force navigator, the Bellingham, Washington native considered returning to the Browns, but instead opted to pursue a military career.

In 1966, Steinbrunner was called to serve in Vietnam. Not long after his arrival, he was shot in the knee during an aerial mission. Due to his injury, he was offered an opportunity to accept a less dangerous assignment, but declined, preferring to return to his unit. According to his family, the 35-year-old Steinbrunner reasoned that he was better suited to serve his country than many of the younger, less seasoned soldiers he’d observed. It was a decision that cost him his life. On July 20, 1967, Steinbrunner’s plane was shot down over Kontum, South Vietnam. There were no survivors.

Posthumously, Don Steinbrunner was awarded the purple Heart and the Distinguished Flying Cross. His citation read in part, “Disregarding the hazards of flying the difficult target terrain and the opposition presented by hostile ground forces, he led the formation through one attack and returned to make a second attack. The outstanding heroism and selfless devotion to duty displayed by Major Steinbrunner reflect great credit upon himself and the United States Air Force.”

John Elway who joined the Denver Broncos as the No. 1 pick in the 1983 draft, quickly developed an unique ability to rally his team to last-minute victories.