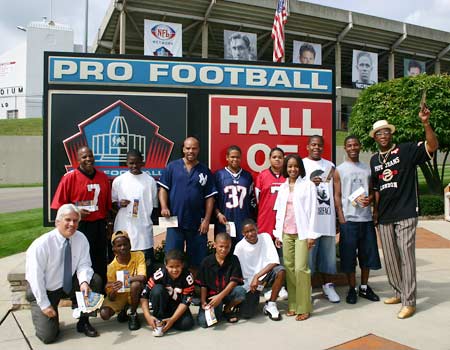 The youth group posed with Stephens (front row, left) on the Hall's front steps on Thursday, July 28th. On hand to accept the generous gift was Robin Mingo-Miles, resident initiatives supervisor of the SMHA and  several youths from the softball program.

This year's AFC-NFC Pro Football Hall of Fame Game features the Miami Dolphins and the Chicago Bears . Kickoff is slated for 8:00 PM ET on August 8.  The game will be televised nationally on ABC's NFL Monday Night Football.

A ground-breaking DVD covering all 229 members of the HOF is now on sale.